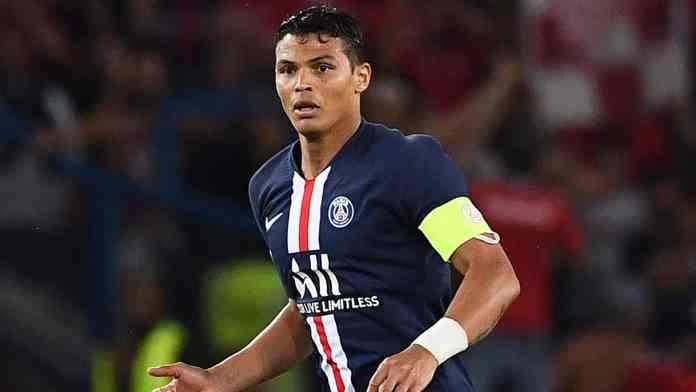 Paris Saint-Germain will play in their first-ever Champions League final and they have a very good chance of lifting the trophy against Bayern Munich on Sunday.

PSG captain Thiago Silva has already informed that he will be leaving the club this summer so everyone wants to give the Brazilian defender a fitting farewell by winning the Champions League title.

Now coming to the most debatable part, where will Silva go next?

Thiago Silva has been offered to Chelsea by his agent days ago. Chelsea are seriously considering him as an option but Thiago wants some days more to decide his next club. He’s focused on the final then he’ll choose. Also Fiorentina and 3 more clubs contacted him. 🔵 #CFC #Thiago

A recent report has come out that Premier League club Chelsea has been offered the Brazilian defender. Although Chelsea finished fourth last season, they conceded 54 goals in the Premier League. Lampard has been on the lookout to sign a new defender. Frank Lampard’s side has a shacky defence so the addition of a vastly experienced defender would definitely improve the backline.

Thiago Silva joined PSG from Milan in 2012 and has helped the club to gain glory in France. He will hope to end his PSG career on a high by winning the Champions League trophy and then move to his next destination.

Now the question arises, Thiago Silva will be 36 years next month so can he handle the pace and intensity of the Premier League at this age? Premier League has always been a physical league so can Silva live up to the standards of the English top-flight?

Silva will be free agent after this season, so even if he turns 36-year-old, signing such a coveted player on a free transfer is always going to be a successful deal. So Lampard’s Chelsea has decided to sign him, though Silva will tell his decision after the Champions League final on Sunday.

Chelsea has been the most active club in the transfer market. They have made many big signings after keeping quiet in the...
Read more

The most active club in the transfer market this summer has decided to add another name amongst their ranks. Only this time,...
Read more

Kylian Mbappe will only leave Paris Saint-Germain next summer if he can join Real Madrid. According to El Chiringuito’s...
Read more
Load more