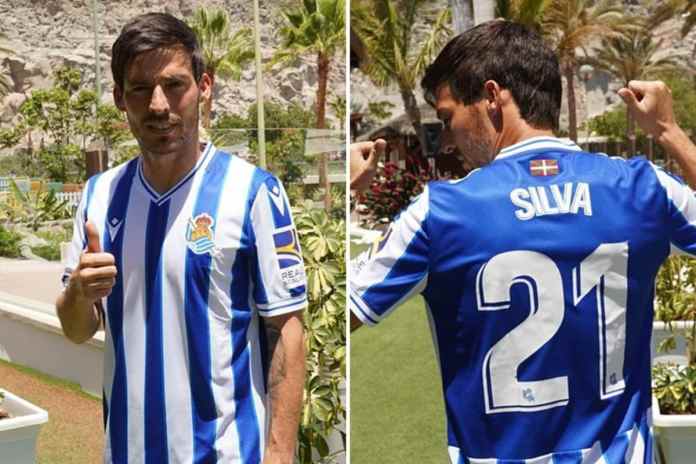 David Silva had announced a long back that he was going to leave Manchester City this summer. He thinks after playing 10 years at City, it is now time for him to play the latter stage of his career elsewhere.

It was widely rumoured that Silva will be joining Italian side Lazio. They also had a reported verbal agreement but at the last moment, Silva chose to return to his homeland. He has now joined Real Sociedad on a two-year deal as a free agent.

This move has angered Lazio’s sporting director, Igli Tare who said: “I respect David Silva as a player, but NOT as a man”.

Lazio sport director Igli Tare furious after David Silva deal hijacked: "I respect David Silva as a player, but NOT as a man". 🔵 #Lazio #RealSociedad #transfers

According to a report by Goal, David Silva has now revealed why he chose to return to LaLiga rather than going to Serie A.

Silva said: “The sensations are very good. After the announcement, I have received many expressions of affection, messages from many people. I’ve had quite a few offers in all this time. I decided on Real Sociedad because they are doing things very well. They have a style that suits my game very well. I know San Sebastian, it is a very beautiful and quiet city.”

“My family had to do with my decision. I watched Real Sociedad games and they play very well. I also have very good references from the coach. We can do important things, there is a good group and for my conditions, it is very good. It is a very nice challenge, I am looking forward to starting.”

“Holidays help relax the head. I hope we finish the challenge well and I can do my bit to help the club win things.”

“There is a great atmosphere, I already played in the old stadium and the grass was always spectacular. When you sign up for a new club, you want to get started. Now I will rest my mind and then start with my batteries charged.”

David Silva has made his return to LaLiga after leaving for Manchester City in 2010. His former club Valencia is going through a tough financial phase.