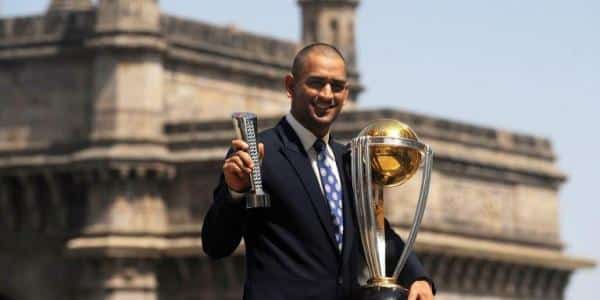 Yes, of course, that’s the craze and dominance of Mahendra Singh Dhoni. Unfortunately, we will never gonna hear those chants neither we can spectate the living legend in blues. As 2020 is almost known as the year of worst surprises, we got the news of Mahi’s retirement on 15th August 2020.

Since the debut in 2004, no one can deny the sheer dominance of captain cool in every format of this game. 2007 world T20, 2011 ICC world cup, 2013 ICC champions trophy and also 3 IPL trophies by the side of Chennai Super Kings (CSK) surely reflects the speciality of MSD. India will really miss his calming effect in pressure-cooker situations, not just as a leader but as a batsman as well, for he has played some decisive knocks for India coming down the order. After his retirement, the nation should give him a very special gift which is totally different from others.

And with this thinking, MCA (Mumbai Cricket Association) wants to name a seat at the Wankhede Stadium after MS Dhoni. Apex Council member Ajinkya Naik has proposed to find the seat where MS Dhoni’s World Cup-winning six landed and name it after him.

Naik’s letter read: “As an act of gratitude and tribute to Mahendra Singh Dhoni’s immense contribution to Indian cricket, the MCA can devote a permanent seat on his name at the stand where his famous World Cup-winning six had landed.”

Generally, we have seen so many stands in different stadiums which are named after the former legends, such as Sunil Gavaskar stand, Sachin Tendulkar stand. But the idea of naming a particular seat is totally new in this country.

However, outside India, there are many instances of naming a seat after a former player. A seat in the Great Southern Stand of MCG has been painted yellow to honor Simon O’Donnell’s 122-meter six for Victoria over New South Wales.

A third-tier seat is painted red in the Etihad Stadium in Melbourne to honour the 96-meter six hit by Brad Hodge in his last game for Melbourne Renegade.

Who can forget the lifetime moment for every Indian when MSD landed an iconic six off Sri Lankan pacer Nuwan Kulasekara’s bowling in 2011 world cup final. This will be the best tribute to the all-time legend Mahendra Singh Dhoni.

“Dhoni finishes off in style. A magnificent strike into the crowd! India lift the World Cup after 28 years!”

Recently the OnePlus CEO Pete Lau has confirmed that the upcoming OnePlus 8T will feature a 6.55-inch diagonal display with a...
Read more
LG

The Chennai Super Kings started off their IPL 2020 campaign with an impressive win over defending champs Mumbai Indians. They looked the...
Read more

Oppo has launched its Reno4 Pro smartphone in India at the end of July this year. Although the 5G enabled Chinese variant...
Read more
Load more