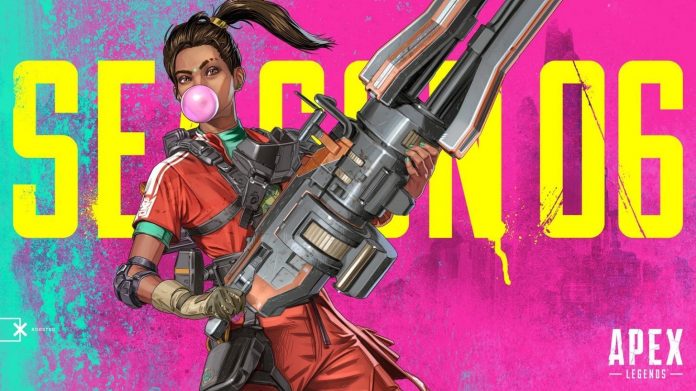 The Apex Legends Season 6 gets released on August 18th for most regions. It provided us with several new updates, a new Battle Pass, and a new Apex Legends character, Rampart.

Besides it also comes with other additional features and tweaks, such as modifications in the map and a brand-new crafting system.

In Series 6 of Rank mode some alterations have been made in the ranking Sysytem.

Her complete name is Gaea, Ramya Parekh, an “expert modder who made her name in underground gauntlet circuit”. She is a private business owner who merely needs a big gun and a backpack full of scrap metal to get by in the dangerous wild west world of the Outlands. Her business went down and she was left with an Apex Card. Her motto is “turn crap into gold”.

Mark Yampolsky, the Systems Designer on Apex Legends stated that “In Apex Legends Season 6: Boosted, we’re adding a new way for players to build out the loot in their inventory – Crafting”.

The new crafting system allows you to collect materials to replicate or upgrades weapons and equipment from stations dotted throughout the map.

Now the map includes a new Launch Site area within the World’s Edge, the replacement of the Drill Site with the Staging section in the middle of the map, the train stops, and the Countdown facility, .

A new SMG is added which packs a lot of punch