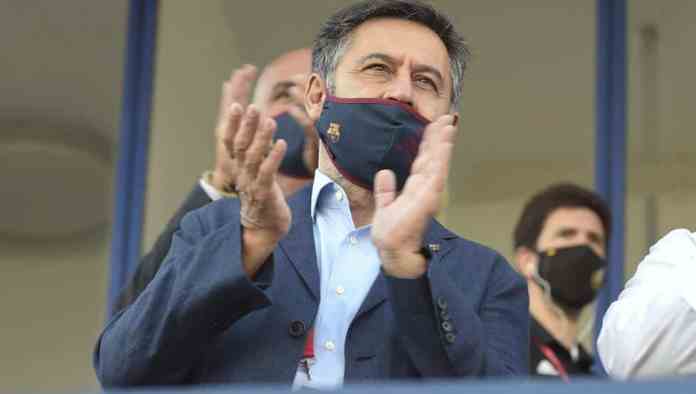 The Blaugranas have a lot of things at stake after the humiliation against Bayern Munich and they are undergoing a lot of things at the board level as well. Yesterday, a board meeting was held at the Camp Nou offices regarding the upcoming presidential elections, however, the current president Josep Maria Bartomeu did not resign, which he should have but call forward the upcoming elections by around 3 months.

FC Barcelona have also revealed a statement wherin they have stated:

“The FC Barcelona Board of Directors, assuming its responsibility for the sporting situation that the club is experiencing, have agreed that the date for the next presidential elections will be the first matchday past March 15, 2021. The formal announcement of the elections will take place at the end of January 2021, in accordance with the provisions of article 43.1 of the Club Statutes.

After considering all options, the Board considers this to be the most viable date for the aforementioned elections. The Board understands that an immediate call for elections is not feasible, given that the league season will begin on the weekend of September 12, 2020, and the situation arising from the COVID-19 crisis – both economically and socially. Consequently, the club will continue to implement the plan to reverse the sporting and economic situation, based on profound changes to the first team, plus a redefined budget to deal with the new situation caused by COVID-19, before the end of the current mandate.

The holding of the elections from March 15 next year implies that the Board of Directors assume full responsibility regarding the 2020-2021 financial year.”

Obviously, this is a just an excuse so that Bartomeu can stay a bit longer and “try to fix” things but this board has lost all hopes from fans and it is due to their failure for years for the demolition that took place not once but thrice – Roma, Liverpool, and Bayern. Due to the lack of planning, spending ransome amount of money on transfers, giving no chance to the La Masia products has made Barca one of the oldest age squad in history.

The board has maintained its dominance in transfers and has done a lot of dirty jobs as well, paying to make a bad image of its own players and whatnot. After all of this Bartomeu has taken the maximum time he could afford to stay but however, their club captain Lionel Messi is not happy with the board totally, and reports say he could leave as well, giving pressure to the board directly. The coming days will be an interesting avenue as Bartomeu looks to restructure the club but how only time will tell.

Lionel Messi was all set and determined to leave Barcelona this summer and in all probability reunite with Pep Guardiola at Manchester...
Read more

Why are LaLiga clubs selling so much?

The LaLiga clubs have been quite active this season, but not in the recruitment process. Spanish clubs, in particular, are more into...
Read more
Load more