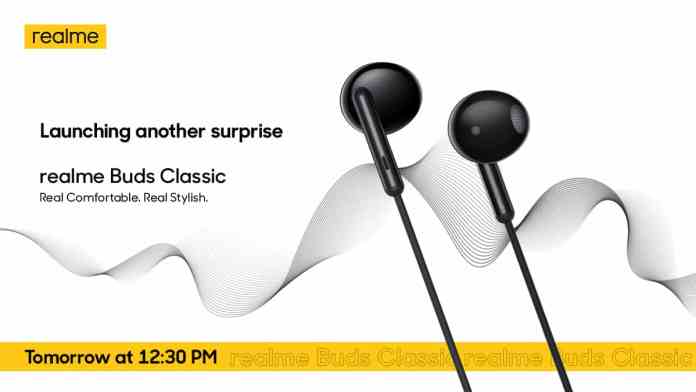 The Realme Buds Basic will have two different colour options – Black and White. These earphones will not include the volume up and down buttons like the Realme Buds. This will only have one button that is multifunctional. This one button can receive calls, end calls, play or pause music and even can play next and previous music with the help of different tap combinations.

We know that Realme will also launch the Realme C12 and Realme C15 smartphones in the event starting from 12:30 PM. The phones are a new addition to the Realme C series and as promised by Madhav Seth, Realme India CEO, the phones will be priced within Rs.10,000 price range.