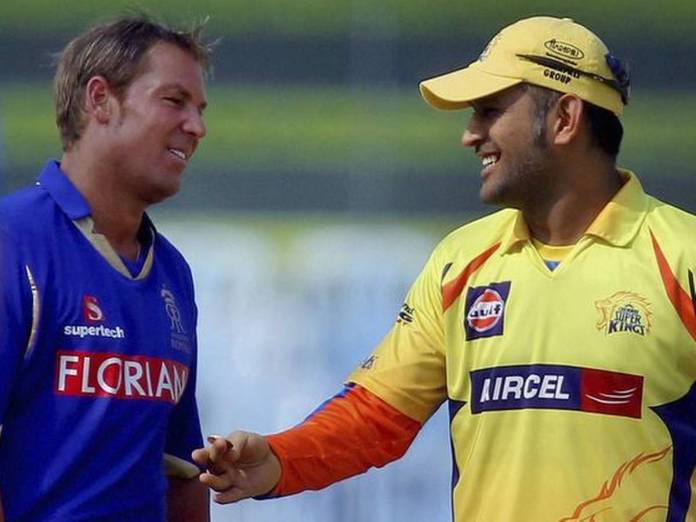 MS Dhoni has announced his retirement on Saturday, 7:29 pm. It has left the whole cricket community in despair. He retired from Test cricket back in 2014 and from 1929 hours, 15th August 2020 he has retired from limited-overs cricket as well.

Dhoni will continue to play in the IPL for Chennai Super Kings. He is set to travel to UAE with the team after few weeks to play in IPL 2020.

Australian legend Shane Warne has now invited Dhoni to play for his team ‘London Spirit’ in ‘The Hundred’.

The Hundred is a 100 ball cricket tournament which will be held in England. Its inaugural edition was scheduled to be held this year but due to the Coronavirus pandemic, it has been postponed to 2021.

Shane Warne told Sky Sports during his commentary duties for England’s 2nd Test against Pakistan: “I just wonder if I could get him down to the London Spirit next year for The Hundred. I might put out a call to see if he wants to play at Lord’s. I’ll find the money, MS!”

Warne has paid tribute to Dhoni, one of the best captains and wicketkeeper-batsman. He said: “In T20 cricket, especially, the best captains, their teams will be in and around the finals all the time – it’s so key in T20 cricket – and Chennai have won [the IPL] three times.”

“A terrific cricketer. You think back to some of the games that he won for India, off his own back. And you think of his captaincy, his leadership, he was a terrific competitor and a wonderful player. He will go down in history as one of the all-time great wicketkeeper-batsmen.”

“He had a calmness about him that was fantastic and he always got the best out of his team, whether it was India, Chennai Super Kings, whoever it was. His players really respected him and responded to the way Dhoni wanted to play the game.”

Shane Warne is the head coach of London Spirit in The Hundred. The eight new teams which have been created for The Hundred are:

Each team will have 15 players with a maximum of three overseas stars. It will probably be held in June 2021.

MS Dhoni: From 1929 hrs consider me as Retired

Mahendra Singh Dhoni took to Instagram on Saturday to confirm his retirement from International cricket. This announcement has left the cricket community...
Read more

Mahendra Singh Dhoni has shocked all the Indians by announcing his retirement on India's 74th Independence Day. One of the greatest ever...
Read more

Mahendra Singh Dhoni, one of India's finest captains has announced his retirement from international cricket. He has posted on his Instagram account...
Read more
Load more