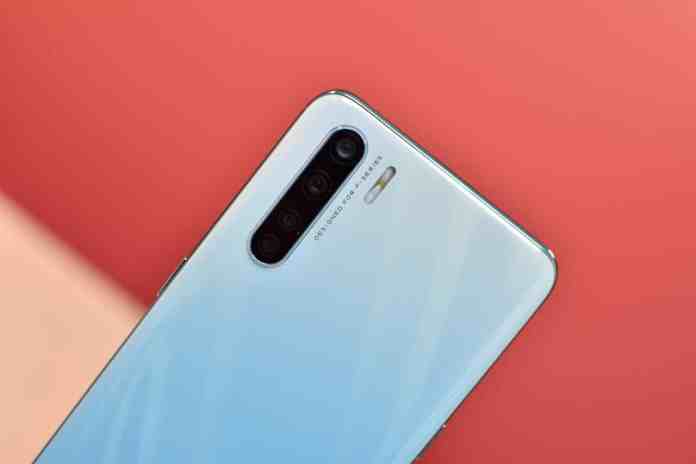 Mukul Sharma, a famous tipster in Twitter, has recently tweeted claiming that Oppo’s next F series smartphone will launch in India in September. He has also specified that the phone will launch earlier that month and it can be in the first week of September. The phone is expected to be Oppo F17.

Mukul Sharma has also mentioned that the phone will be the sleekest F series smartphone till date. So we can consider to be the slimmest of all F series smartphone. The Oppo F15 felt very comfortable in hand, for its rear design and we hope the F17 will also come up to the expectation with its slim bodyline.

A few days ago, OPPO PEAM00 was spotted on the TENAA website and some key specs of the device have been revealed. The listing has been spotted by Mukul Sharma, he has also shared two images of the device.

The design of the phone from the back looks similar to the just-launched Realme C12 with the triple rear camera setup in square camera layout. The phone has a punch-hole display and will support the in-display fingerprint scanner.

This phone might also be the one Mukul is talking about. But there is no concrete proof of this speculation.

Where as today Oppo unveiled the Oppo reno 4 Pro Artist Edition 5G in collaboration with James Jean in China as a new addition to its previously launched Oppo Reno 4 and Reno 4 Pro. The phone will have the same Snapdragon 765G processor used in both the devices previously.