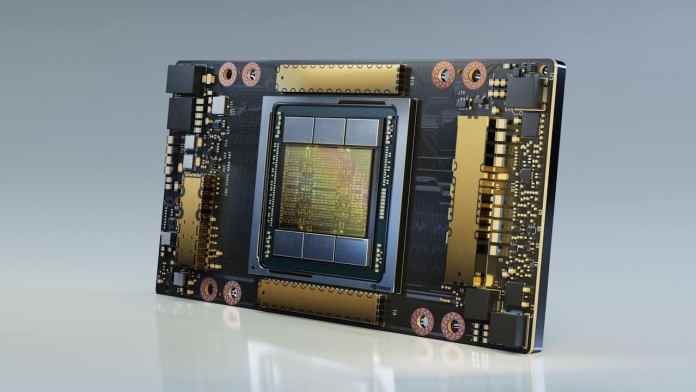 The graphics giant is all set to launch its next tier Ampere graphics cards next month called the RTX 3000 series, there have been a series of leaks surrounding these GPUs, now we have some info about the upcoming flagship RTX 3090 (or RTX 3080 Ti).

As reported by Videocardz, the new GPU could feature the faster GDDR6X memory as RTX 3090 is listed on the Micron website with 12GB GDDR6X memory. It also spilled some exciting specs on the website, before it was taken down like the RTX 3090 is said to be able to break the 1 TB/s barrier coming at a bandwidth expected to be between 912 to 1008 GB/s.

As the memory provider cites, the clock speed will be up to 21 Gbps along with a memory bus of 384-bit (21*384/8). So, this gives a fair idea that NVIDIA’s next flagship GPU will be very fast and as Micron is officially its memory provider, surely NVIDIA will use the faster GDDR6 memory but the amount of VRAM it will use remains a point to be speculation.

It is because, the trusted leaker @_rogame has spotted a GPU with the likely clock speeds of the RTX 3090, i.e. with a base clock of 1410MHz and boost of up to 1740MHz. However, the GPU is seen to be featuring 24GB VRAM and obviously its GDDR6 memory.

Now, the name RTX 3090 isn’t confirmed yet so it could be the NVIDIA GeForce RTX 3080 Ti as well, however, you cannot rule out the fact that the graphics giant could opt out for a completely different naming scheme, you never know.

A whopping 24GB VRAM seems to be a point of speculation especially when it’s running on the faster GDDR6X RAM that could increase costs even more, but you do not have to wait much for the new GPUs as NVIDIA’s upcoming launch is scheduled on September 1.

Share
Facebook
Twitter
Pinterest
WhatsApp
Linkedin
Previous articleFIFA 20 tops the chart of the best selling games in the UK during lockdown
Next articleOfficial: Indian Super League (ISL) to be held in Goa from November