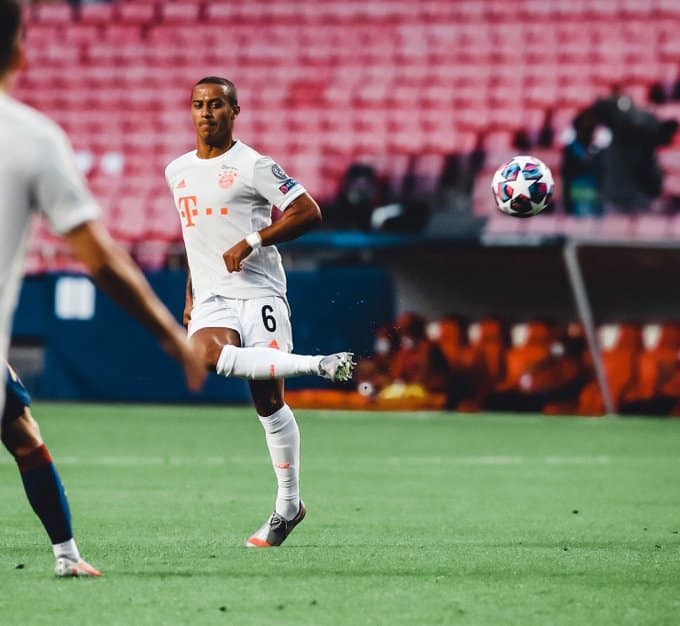 Bayern Munich’s La Masia midfielder Thiago Alcantara who once played for Barcelona was an important part of the Bayern Munich’s dynamic midfield on Friday’s Champions League match. The German giants thrashed Barcelona out of the league with a massive 8-2 scoreline that has hurt not only the players but also a wide number of fans out there.

The former Barca player also spoke about the Catalans’s future and when he was asked why he didn’t celebrate much, he answered:

“Out of respect for friends, who are part of a great club who will soon resolve this situation.”

Thiago is modest enough to insist that his team has done nothing yet as because they already plan on winning the treble this time as this is a golden opportunity for them.

“This result against a great team gives us confidence but we haven’t done anything yet,” he added.

The Bundesliga champions have to face Lyon in the coming week and this time it seems no one is able to them and they remain the favorites this time to win the Champions League in Lisbon.

Its been few days since Xbox announced their partnership with EA Games to bring the new EA Play subscription to Xbox Game...
Read more
Gaming

Could India be the Catalyst for Cricket 19 Breaking into eSports?

Since the 1980s, cricket-related titles have been widely available. However, in a genre that has long been dominated by football franchises, such...
Read more
Technology

Yes, Ryzen 5000 is true and its the upcoming Zen 3 based CPUs launching on October 8th. Finally, a CPU has been...
Read more

Bayern Munich's unbeaten streak is over! After an unbeaten 2020 under Hansi Flick, Bayern have finally been defeated by...
Read more
Load more