ZTE A20 5G spotted on TENAA hinted to have an under-display camera and 6.92-inch OLED display 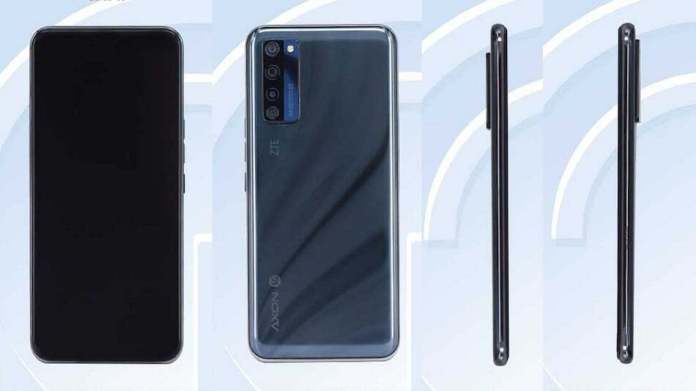 Ni Fei, president of ZTE mobile devices confirmed via Weibo their intention of launching the first under-display Smartphone. While many brands have been working on such technology, it appears ZTE might beat them to it.

The ZTE A20 5G comes with model number ZTE A2121 and been spotted recently on TENAA. The website has also revealed some specifications of the phone as well as some original images. From the image, it does not hint any presence of the physical camera in the front which means that the under-display camera is really coming with this phone.

Rumored specifications of ZTE A20 5G

According to TENAA, the phone will come with 6.92-inch (1,080×2,460 pixels) OLED display, quad rear camera setup including a 64MP primary sensor, an 8MP sensor and two 2MP sensors along with a 32MP under-display front camera.

The phone will run on Android 10 along with an octa-core CPU with a frequency of 2.4GHz paired with 6GB, 8GB, and 12GB of RAM with 64GB, 128GB, and 256GB of storage. The exact combination is still not known yet. The phone is listed with a 4,120mAh battery but there is no mention of fast charging.

This phone with model number ‘ZTE A2121′ was also spotted on State Radio Regulation of China (SRRC) certification website.

Arnab Das
You can find Arnab mostly editing about smartphone launches and other smartphone-related news. Searching for the latest and the best news regarding smartphones and presenting it in an article is his sole in intension. He also covers press releases, has also given many gadget reviews. If you have any leads and tips regarding any topics feel free to drop a mail: ani20[email protected]