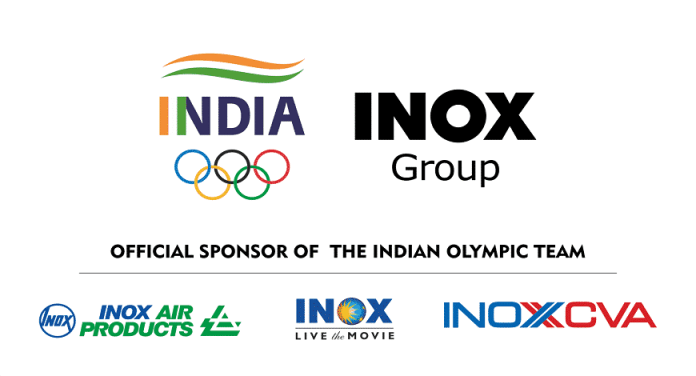 The Tokyo Olympics was supposed to be held in 2020. But the massive outbreak of COVID-19 has turned the world upside down. The whole world went into lockdown in March. Fortunately, things are looking bright as things are about to return somewhere back to normal.

The new date for the Tokyo Olympics is 23rd July to 8th August 2021. Team India has been already started preparing for the mega event.

INOX Group will be the official sponsor of Team India at the Olympics. They will support the Indian team.

According to the PTI, INOX will support the Indian team’s promotions through its entertainment company – INOX Leisure Limited – which owns several cinema complexes in India. It will promote the spirit of “Ek India Team India” among all the Indians so that they will cheer the team at the Olympics.

INOX Group Director, Mr Siddharth Jain said: “INOX Group has always assigned priority to India’s all-round progress. We are honoured and privileged to be able to support India’s Olympic dream through this prestigious association with the Indian Olympic Association. We look forward to the Indian contingent scaling new heights in the next Olympics.”

IOA Secretary General Mr Rajeev Mehta said: “We are happy to announce this partnership with INOX Group which will be beneficial for all our athletes and the organisation. I would like to thank INOX Group and Mr Jain for showing their support for Team India, even under the current circumstances.”

India won one silver and one bronze medal at the Rio 2016 Olympics. The last gold medal for India was won by Abhinav Bindra in the men’s 10-metre air rifle at the 2008 Beijing Olympics.

Team India will hope to win gold medals at the next Olympics to make the entire nation proud.

Although any city would be honored to host the Olympics, the affair is a rather pricey one. Research by Bent Flyvbjerg shows...
Read more

The whole world is going through a tough phase. The Coronavirus pandemic is looming large on our heads. Although many countries have...
Read more