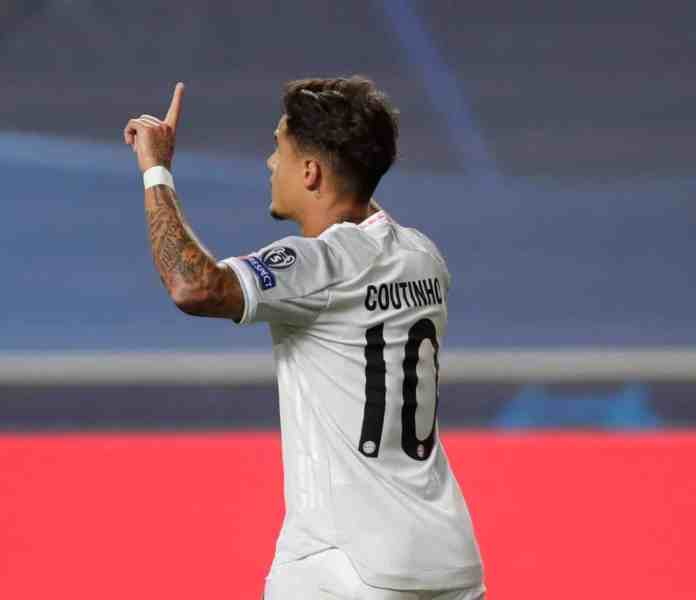 Barcelona bought Philippe Coutinho from Liverpool in January 2018 for €142m. Coutinho was one of the best Premier League players during his time with Liverpool. He scored 54 goals and provided 45 assists in his 201 appearances for the Anfield club.

Now, Coutinho is on a season-long loan at Bayern Munich. He came on in the 75th minute of the Champions League quarter-final tie. The score was 5-2 when he came on the pitch. He gave an assist to Lewandowski and scored another two goals himself in the 85th and 89th minute.

He completed the humiliation of Barcelona as Bayern Munich won by 8-2 but he didn’t celebrate any of his goals against his parent club as a sign of respect, though the Barcelona board hasn’t treated him right.

This thing clearly indicates the inability of this Barcelona board in the transfer market. After Neymar left Barcelona and joined PSG for a record transfer fee of €222m, Barcelona has failed miserably to replace the Brazilian.

Barcelona has spent millions on the likes of Coutinho, Dembele and Griezmann among others but has failed to build a team capable of challenging top European clubs.

The board clearly lacks the vision in the transfer market. They seem to go after famous players rather than who fits with their team and philosophy.

A recent example of Barcelona’s terrible transfer policy is that they swapped 23-year-old midfielder Arthur for 30-year-old Pjanic with Juventus. The average age of the main Barcelona players is also above 30 which is a matter of concern. They don’t have a good mix of youth and experience.

Barcelona paid €160m for Coutinho and when you pay such a huge amount for a player, you don’t send him on loan and if you do it clearly suggests you have failed in the transfer market.

Philippe Coutinho will return to Barcelona, probably after winning the Champions League as Bayern’s recent form suggests. But the board doesn’t see him having a future at the club and Coutinho himself wants a return to the Premier League.

Barcelona could face the prospect of having to pay Liverpool €5m (£4.5m) if Philippe Coutinho wins the Champions League with Bayern Munich this season. #lfclive [mirror]

Mikel Arteta is keen on strengthening his side and has zeroed down Coutinho as him next transfer target. Arsenal would now surely push for Coutinho’s signature after such a brilliant 17 minutes display in the Champions League.

Bayern Munich chief Karl-Heinz Rummenigge has confirmed that Thiago Alcantara has informed the club that he wants to leave Allianz Arena this...
Read more