Ashley Young reveals why he left Manchester United for Inter 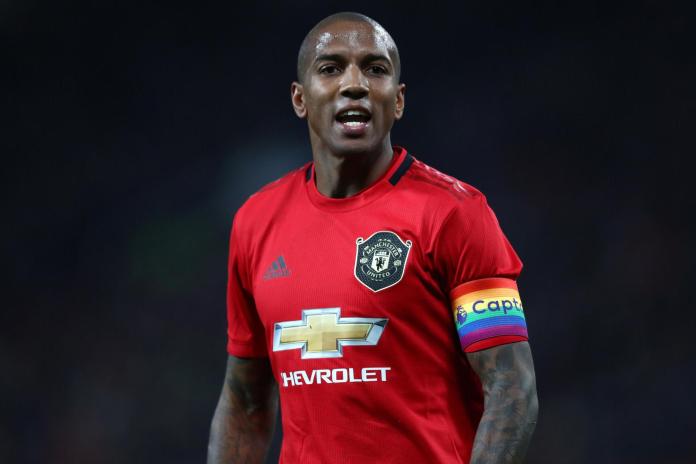 Former Manchester United captain Ashley Young joined Inter last season in January. He has experienced a great campaign at Inter, losing the Serie A title to Juventus by just 1 point.

Ashley Young was on the verge of becoming extinct at United but he rightly chose to join Inter and now he’s career is back on track.

Young has now revealed why he left Manchester United and joined Inter last season. He said: “Obviously being in England all my life, it was a totally different change, but it was an experience that I jumped at. It was an opportunity for me to go and play regularly.”

“For me, age is nothing but a number. When the opportunity arose to come to Inter, it was a no-brainer for me. I was like, ‘Get me on the plane, get me out there. Get me signed on the dotted line.’ I was just speaking to the manager and players that were here that I knew as well. It was a fantastic opportunity; a club that’s massive worldwide, one of the biggest teams in world football.”

“And I wanted to be part of what the manager had spoken to me about, and obviously speaking to club officials higher up as well, the owners; it was an opportunity that I couldn’t miss.”

“I don’t think it’s been challenging; I’m one of those people that can adapt to new styles, different ways of life. Like I said, it was going to be a totally new experience for me, and I’ve enjoyed every minute of it.”

“Now I’m playing with a smile on my face, I’m enjoying the way things are going at the club. I think the only thing that I’m missing from back home is probably Mum’s cooking, whereas when I was at Manchester, she used to be able to send me food, so that’s the only difference.”

“But the way of life out in Milan is unbelievable, the people, the food is exceptional. So I’m not complaining!”

Young has regained some of his old form back. He scored 4 goals and provided 4 assists in a total of 18 appearances for Inter in Serie A. He will now hope to lift the Serie A trophy next season as Inter is building a strong team which is very much capable of challenging Juventus.