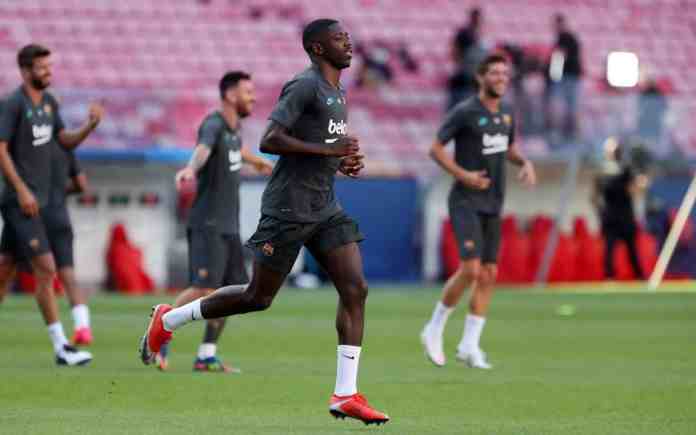 The Frenchman has traveled to Lisbon as a part of the 26 men squad selected for the Champions League clash and after the training in Portugal, Dembélé is declared fit to play against Bayern Munich. This was kind of expected and he will be a key man to bolster Barcelona’s attack on Friday night.

The 23-year old has been ruled out of football for about 192 days after injuring the proximal biceps femoris tendon of his right thigh. This 2019-20 season has not been the expected one from Dembélé because of his injury problems and this lockdown break has given him an opportunity to return to football that too in the crucial stage of the Champions League.

No one can argue about Dembélé’s abilities, his skills, pace and shots are decisive, to have him in the squad does make a huge impact. The 23-year old had scored some amazing Champions League goals for Barcelona that none can forget and if he can bring some of the flare to the team, then the Blaugranas still have some chances of winning against the mighty Bayern Munich.

After being operated on February 10, Dembélé has utilized the lockdown on his recovery and finally he has a chance to prove his massive transfer money that the club spent on him. Most probably, he will have a big role to play in the second half coming off the bench and make some deadly runs to threaten the German champions.

What do you think of Dembélé’s return to the squad? Will he create an impact against Bayern? Tell us your views on the comments down below…😉