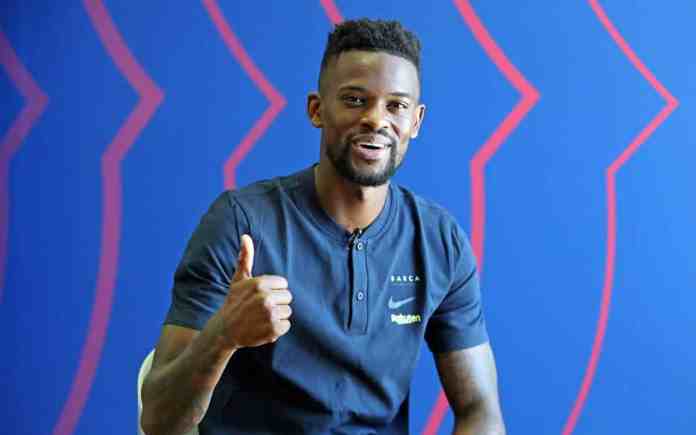 Barcelona’s Portuguese right-back has arrived at Lisbon to play against Bayern Munich for the Champions League and it’s his home country and also for the fact that he was born in Lisbon only. He used to play for the local giants Benfica before joining Barça.

Semedo did express his views over the crucial match against the Bundesliga champions today and undoubtedly, he will be a key man to defend against the German team’s fearsome attack:

“We know how they set up and how they play from the back, we will be attentive.”

“More than anything we will focus on ourselves and putting in the best performance possible and scoring. If we play well we will have a chance to reach the semi finals.”

“One of the keys will be at the back and not giving them chances.”

“We have positive pressure to win everything. This season we were not able to win the league but we have the chance to win the Champions League and it’s a great motivation.”

“I would be very happy to win the trophy in the Estadio do Sport, that would be the cherry on the cake.”

“When he gets the ball and I behind him, I know he is capable of the impossible, as he did against Napoli at Camp Nou.”

“Normally I play behind him and it’s amazing to see what he does. When he takes free kicks and I am behind him with a perfect view. He’s an incredible player.”

“Lisbon is a great place in many ways: the people, the colours, the language, the architecture. It’s one of the nicest places in the world, not just in Europe. The climate is great as well. It’s a spectacular city.”

“I started to play football on the streets of Lisbon with my neighbours and people older than me. Little by little I got better and better and I grew which helped. It will be a special match as Lisbon is where everything started and the doors opened for me in footballing terms.”

“The Estádio do Sport is really nice and has room for 65,000 fans. There is the red of Benfica and the famous eagle that lives at the stadium. The ground has its own energy and history and it’s a great place to play football.”

This will be a quarter-final game to remember and its the first time when Barcelona will be the “underdogs” facing the Bundesliga champions, who have never won to a Spanish club for the last 5 encounters. Will the game be taken away by Lewandowski? or will Messi lead his team to the semi-final again? Do leave your predictions in the comments down below…😉

Finally, after a long wait, the Taiwanese laptop giant has launched its premium range of gaming laptops in India including the Predator...
Read more
Apple

Bayern Munich vs Schalke: Lineups and how to watch the Bundesliga match live in India?

The 2020-21 Bundesliga season is starting tonight! Bayern Munich are coming off the back of a continental treble. They...
Read more
Load more