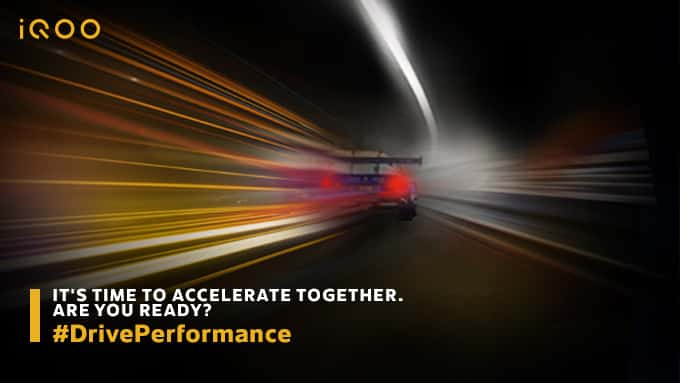 iQOO is teasing the launch of a new device from yesterday, and today they made it more clear with their recent tweet today. The company had launched the IQOO 3 last year with some of the industry-leading techs of that time and was very aggressively priced, for a tough competition in the Indian market.

In the meanwhile the company was launching a bunch of smartphones in China but none of them made it through the borders. After a long time the twitter account of iQOO India responded revealing with the launch of a new smartphone and the tagline used in the tweet is #DrivePerformance which clearly indicates iQOO 5 is making its way to India.

The tagline and the image refer to something related to the car and its performance, and if you look closely in the tweet it seems like a BMW car. This makes it more clear that the iQOO 5 which will be official on 17th August in China will also be launched in India soon. The launch date of this device has not been revealed in India.

iQOO 5 is a top of the line smartphone that packs in a 120Hz AMOLED display and is HDR10+ certified. The phone will come with Snapdragon 865 SoC paired with 12GB LPDDR5 RAM and UFS 3.1 ROM.and will support VC cooling, an ultra game mode, and 4D haptics in the high-performance portion specially designed for high-end performance delivering experience and is even suitable for gaming.

The phone will also have 120db Hi-Fidelity and Hi-Res Audio for a whole new audio experience. The brand also showcased its 120W fast charging tech that seems to be faster than the Oppo 125W fast charging on pen and paper. The 125W fast charger of Oppo takes almost 20 minutes to fully charge a 4,000mAh battery but this one completes in only 15 minutes.

This phone will also have a BMW Edition that will launch alongside on August 17. We are not sure if that version will launch in India or not.

iQOO will sell its Accessories in India separately from now on

iQOO is a relatively new brand in India, that is basically known for its premium quality smartphones. Though the price of...
Read more

iQOO had already launched the iQOO 5 and iQOO 5 Pro in China a week ago. The company has also started...
Read more

After all the leaks and renders surfacing on the internet iQOO has finally released the iQOO 5 series smartphones - iQOO...
Read more
Load more