The best under-23 team in European football in 2020 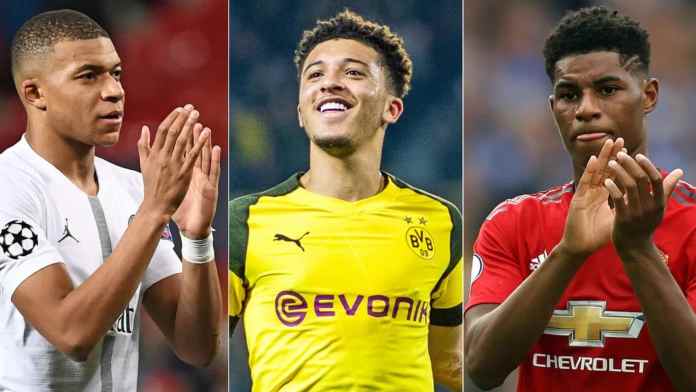 World football is presently blessed with a large number of emerging young talent. Their performance throughout this season is so precious to help their clubs end this season in a good note.

Dean Henderson was tremendous in goal throughout the season for the newly promoted Sheffield United side. He is a Manchester United player and was playing for Sheffield on loan. He has secured 13 clean sheets in Premier League and is in 4th position in the list of ‘Best Goalkeeper of EPL’.

Trent Alexander Arnold is one of the proven talents of world football. His brilliant performance throughout the season helped Liverpool to clinch the most coveted Premier League title after 30 long years. He was one of the automatically chosen for Klopp’s side.

After captaining the Ajax side for a dream journey to the UCL semi-finals he joined Juventus last summer and soon started showing off what he is capable of. In the absence of Juventus captain Giorgio Chiellini, he became a regular starter for the Italian Champions and proved his worth.

One of the most underrated yet very talented young defenders. His solid defence helped the German side for the decent run throughout the season and qualifying for the quarter-finals of UCL beating last seasons runners up Tottenham Hotspurs.

Davies is one of the emerging talent this year. His blistering pace, commitment, both attacking and defending ability helps him to secure his place for the German side.

A very versatile midfielder. His commitment towards the game caught the eye of Real Madrid boss Zinedine Zidane and soon he became the fan favourites. He helped the Galacticos to their 34th La Liga title.

His talent has caught the eye of several big clubs of the world. His skills and scoring ability helped the German side to the Europa League. He is linked with a move to Premier League side Chelsea.

The English forward is one of the best young talents all over Europe. He has a total of 34 goals and assists in Bundesliga this season, highest for any U-23 player in this season in Europes top 5 leagues.

Marcus Rashford was one of the important firepowers for the Red Devils in front of the goal. His 22 goals season is his best in his career which helped Ole Gunnar Solksjaer’s side to be back to the next season’s UCL again.

He started this season with FC Red Bull Salzburg and scoring a plenty of goals for them in the UCL group stage. After joining Dortmund he continued his scoring form as well and has taken the world of football by storm.

Next Ballon D’or Winner? Time will tell. But he is certainly the match-winner for French capital side on various occasion. PSG are already in last 4 of UCL and hope to be crowned champion of Europe this season. The France World Cup winner is the next big thing in football.

The transfer market is getting interesting every day in the football world. ISL transfers are also becoming quite interesting day by day.
Read more
Football

Wolverhampton Wanderers or simply Wolves are all set to link with international schools, academies, and football clubs in India after the Covid-19 pandemic...
Read more
Football

ISL overtakes Australian A-League in terms of wages and competing with China, Korea and Japan

The Indian Super League is growing rapidly in every way. It has already been reported that within 2024 it can be an...
Read more

The Redmi K30 Pro launched earlier this year and now the company is all set to release the successor of that...
Read more
Load more

ABOUT US
The ultimate Technology & Sports news website, TechnoSports caters to the latest news for all its readers round the globe.
Contact us: [email protected]chnosports.co.in
FOLLOW US
© 2020 TechnoSports Media Group