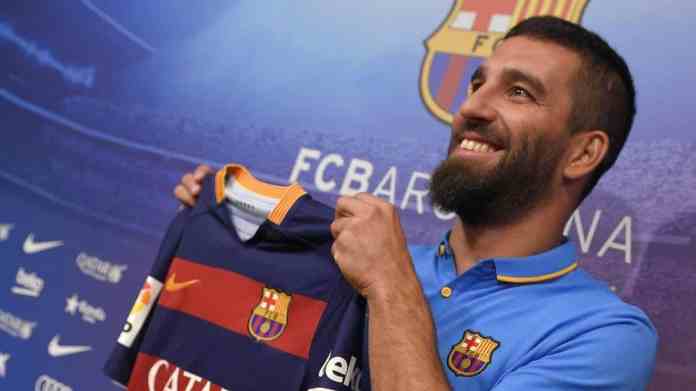 The Turkish international was at the top of his career playing for Atletico Madrid. He was an instrumental player in Simeone’s side. He signed for Barcelona in 2015 and was expected to have the same impact.

Luis Enrique had Turan in his Barcelona plans. He scored 15 goals in 55 games in his first two seasons at Camp Nou. But Ernesto Valverde joined in 2017 and Turan’s nightmare started. He was completely frozen out by Valverde.

Valverde didn’t give Turan a single start in the first half of 2017-18 season and was loaned to Istanbul Basaksehir in the winter transfer window. He spent two and half years at Turkey and helped Basaksehir to their first-ever Super Lig title this year.

Arda Turan told beIN Sports: “I arrived at Barcelona as Atletico Madrid’s starting No.10, as an important player. I also played an important role at Barcelona until the arrival of Valverde, who made me feel insignificant.”

“Everything was fine when Luis Enrique was there. We had won the league and the cup. Yes, sometimes things didn’t go as planned in the Champions League.”

“There was a point where I had the bests stats after Lionel Messi, Luis Suarez and Neymar. Yet Valverde didn’t give me the chance to play, not even in friendly matches.”

“That’s why my time at Barcelona ended.”

The 30-year-old said: “No one, including Valverde, has forced me out of Barcelona. I have made the decision to leave.”

“I can’t stay if I’m not happy somewhere, whether it’s Barcelona or the most important club. Money was never the priority for me.”

Valverde was sacked last season and was replaced by Quique Setien but Turan has left Barcelona this summer. Although he had a successful time at Basaksehir he doesn’t feel he made the right career choice.

Turan added: “Did I make the right decision by signing for Basaksehir? No disrespect to them, but looking back now, I feel I have made a bad decision with regards to my career.”

Arda Turan’s infamous Barcelona spell has finally ended in June 2020 and he will now play for his childhood club Galatasaray. Turan had gone from ballboy to captain at Galatasaray by the age of 21 and was key during Turkey’s run to the semi-finals of Euro 2008. Maybe he can have another successful spell with Galatasaray late in his career.