Xbox Game Pass Ultimate delivers cloud gaming experience even on your mobile at $14.99 per month 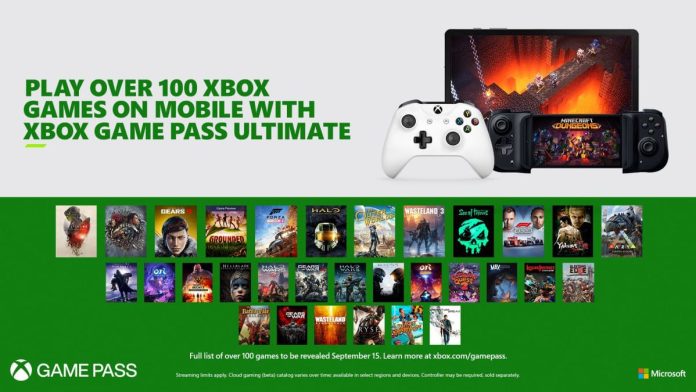 Microsoft’s Project xCloud is one of the most exciting cloud gaming services among all those currently available in the market. After being in the preview period, finally, Microsoft will be making it public with its new Xbox Game Pass Ultimate which entitles you the benefit of using the Project xCloud at no additional cost.

Microsoft’s cloud gaming technology helps you play games without having to use your device hardware on any platform and that’s why even if you own a crappy hardware, you won’t have to upgrade your system anymore. After the public preview across North America, Europe and in South Korea, Microsoft has improved the gaming experience.

Sadly, the cloud gaming service won’t be available for Indian gamers as for now, but provided the fact Microsoft has its cloud servers in India, it should be rolling out in the country sometime later.

Microsoft also planned to partner with tech giant Jio for bringing the Project xCloud to India but no new developments have been announced, maybe, Jio’s upcoming 5G network could bring new light to the industry. Also, Jio has its own Gigabit Fiber internet, so a partnership via that medium might be in cards for Jio, who knows? Considering Jio’s capabilities, nothing can be guaranteed.

As the cloud gaming launches as part of the Xbox Game Pass Ultimate, gamers will have access to more than 100 high-quality games playable from the cloud. Here are the 36 cloud gaming titles confirmed by Microsoft so far:

Xbox Game Pass started back in 2017 and since then it has attracted more than 10 million gamers who can play a wide range of great games on console and PC. Now, with Xbox Game Pass Ultimate players have a shared library of games to play not only on Xbox One, or PC but also on mobile using cloud gaming service.

You can easily join Xbox Game Pass Ultimate today for $1 for the first month, and then you have to $14.99 per month after that. This gives you access to more than 100 high-quality games for console and PC; exclusive member discounts, deals, perks, and Xbox Live Gold. Also, play games on your phone or tablet by downloading the Xbox Game Pass app via Samsung Galaxy Store or the ONE Store or Google Play Store.

Microsoft Xbox has also partnered with Razer, PowerA, 8BitDo, and Nacon to create all-new accessories specifically designed for cloud gaming. You can also play cloud games with Xbox One Bluetooth Wireless and PlayStation DualShock 4 controllers. Head over to www.xbox.com/gamepass to get your Xbox Game Pass Ultimate.

Its been few days since Xbox announced their partnership with EA Games to bring the new EA Play subscription to Xbox Game...
Read more

The wait is finally over, Football Manager 2021 finally has a release date. The game is set to release on 24th November...
Read more

Game streaming has become tremendously famous especially in 2020. With the major part of the population spending their days working from home....
Read more
Load more

Call of Duty: Modern Warfare and the battle royale game Warzone Season 6 is now live for all the platforms. You...
Read more