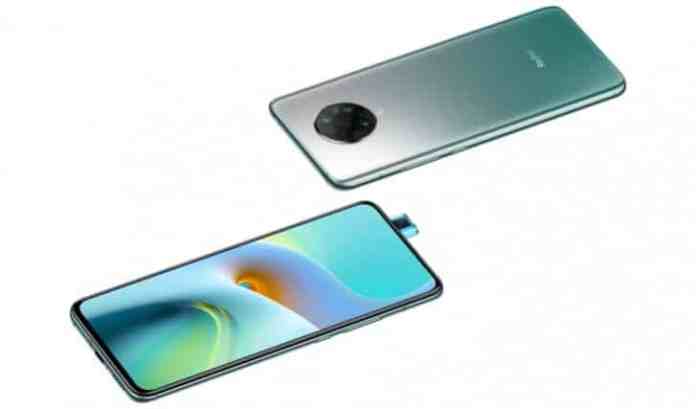 Redmi K30 Ultra finally launched today in Xiaomi’s 10 years Anniversary event held online. The phone is an advanced version of the Redmi K30. The phone packs in a lot of features and is a worthy flagship at the launched price.

The Redmi K30 Ultra looks very familiar to the Redmi K30 and also has a pop-up camera that has light indicators on its sides. The rear camera design also looks like the K30.

Redmi K30 Ultra features a 6.67-inch AMOLED full view display. It has a pop up selfie camera of 20MP that has light indicators like the Redmi K20 series. The phone has a quad camera layout like the Redmi K30. It includes a 64MP primary shooter, a 13MP ultrawide snapper, 5MP macro sensor and a 2MP depth sensor.

The phone has an indisplay fingerprint scanner and features MediaTek’s flagship Dimensity 1000+ SoC paired with upto 8 GB RAM and upto 512GB storage. The phone runs on MIUI 12 based on Android 10. The phone is powered by a 4,500 mAh battery that supports 33W fast charging and the charger is provided in the box.

According to reports, Xiaomi's Redmi is set to launch a slightly improved version of its Redmi 9a, which is Redmi 9i....
Read more

Redmi has recently migrated from its X series of smart TVs to its sub-brand of A series. The company has made its...
Read more
Load more