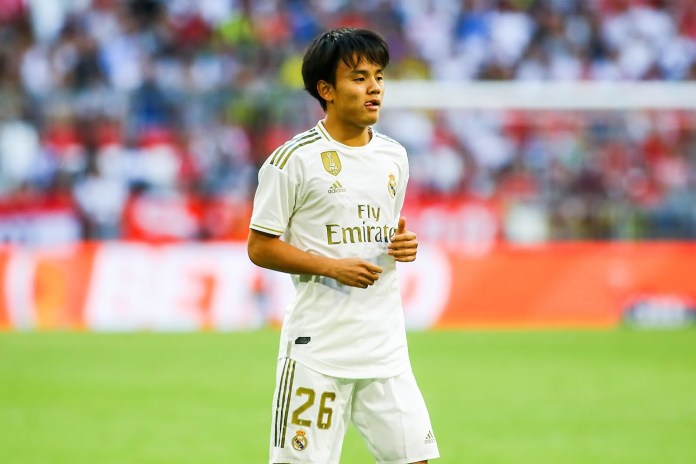 Real Madrid has put forward a strong youth policy. The scouts identify the emerging talents at a very young age and sign them for the club and then loan them out to various clubs or keep them in their second-team.

Recent examples of these youth signings are Vinicius Junior, Rodrygo Goes, Reinier Jesus and Takefuso Kubo among many others.

Real Madrid signed Takefuso Kubo from FC Tokyo for €2m in 2019. They signed him on a five-year deal with a salary of €1m per season.

Takefusa Kubo was previously at Barcelona’s academy and has been dubbed the ‘Japanese Messi’. Barcelona tried to sign him in 2014 but had their efforts curtailed by a FIFA ban. The 19-year-old is considered as one of Asia’s most exciting young talents.

Kubo was sent to RCD Mallorca on loan for the whole 2019-20 season. He has impressed in LaLiga last season. He played 35 LaLiga matches last season scoring 4 goals and providing 4 assists.

Real Madrid has now made an official announcement that Kubo will be joining Villarreal on a one-year loan deal. They stated: “Real Madrid C. F. and Villarreal C. F. have reached an agreement over the loan of Takefusa Kubo for next season in a deal running up until 30 June 2021.”

Takefuso Kubo will now join Unai Emery’s side who will play in Europa League next season, so Kubo would also gain some important European experience. He will play alongside quality players like Gerard Moreno, Paco Alcacer, Samu Chukwueze, Ontiveros, Parejo, Coquelin, and Pau Torres among others.

“He is a reference point for me and for many left-footed players who aren’t very tall and whose main characteristics are dribbling and the way they control the ball. Messi is the peak of that.”

Real Madrid consider Kubo as a long-term prospect so they are allowing him to get maximum game time by loaning him out to other LaLiga clubs.

Real Madrid is held as the pinnacle of club football. Los Blancos have won the Champions League a world-high 13 times. Throughout...
Read more
Load more