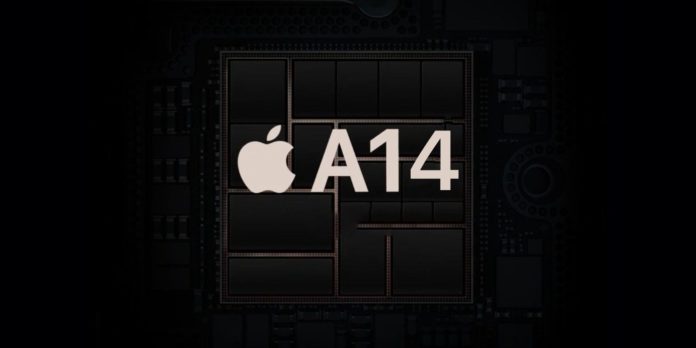 There’s not much time left before Apple’s formal announcement of the upcoming A14 Bionic chip, which will first feature on the new iPhone 12 series, but now we have some leaks suggesting the performance of these flagship SoCs. Thanks to the prolific Apple insider @komiya_kj who has brought some info about the upcoming chipset.

Apple’s last-gen A13 Bionic chip is a true flagship and even the new Qualcomm 865+ that offers 10% better CPU and GPU performance than 865 cannot beat Apple’s chip. Despite all this, the exciting fact is that the new Apple A14 Bionic is coming and according to @komiya_kj Apple A14 will be almost 40% faster than A13 in CPU performance.

This is type of improvement is insane and not only on the CPU front, but also the new chip will deliver 50% better GPU performance than A13. Qualcomm even cannot come near to Apple’s performance, as the Snapdragon 865+ is already 25% behind Apple A13 in the single-core performance and so if this rumor comes out to be true then Qualcomm might face huge problems to keep with the Cupertino giant.

As mspoweruser points out, the upcoming Apple A14 Bionic chips might reach a mighty 3.1 GHz frequency, that is almost 400MHz higher than Apple’s A13. This is not unusual because shifting from 7nm process to TSMC’s 5nm should indeed give better performance along with greater power efficiency.

Overall, if the leaks are to be believed the next set of 5nm based Apple Silicon chip will be truly powerful and now as Apple will be using their own ARM-based chips for Macs, these performance gains might be game-changing for the company. Apple is one of the few smartphone-makers who make their own SoCs, so obviously there are a lot of expectations from them, hopefully we will get more info about these new A14 chips in the coming days.