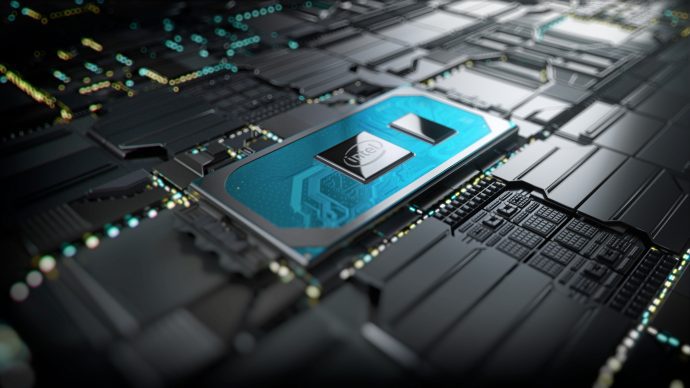 Soon, Intel will be launching their 11th Gen Intel processors, rumored to be on September 2nd, these CPUs will still be based on 10nm++ process with some improvements over last-gen, obviously. New leaks have started coming out about these processors and thanks to @TUM_APISAK for the new Core i3-1115G4, which does seem underwhelming.

With Tiger Lake, Intel kept their core count to 2 cores, knowing how competitive the market has become and thus charging more to make laptops even more costly just for the sake of “10nm efficiency” which is just a business joke. One of the reasons why AMD is now deepening its notebook market because of Intel’s astronomically high prices on notebook processors.

Still, everyone hoped at least if we could get a quadcore Core i3 Tiger Lake processor, but it seems wrong, Intel will stick to 2C/4T this time as well. The Core i3-1115G4 seems to be clocked at 3.00 GHz, now that’s unclear whether the CPU will be operating at that base clock speed or it will actually have a turbo boost frequency or not. But, most probably due to architectural changes, the CPU might be having a single high clock speed.

On the other hand, it’s clear that Intel will implement new Willow Cove CPU cores along with Xe graphics and PCIe 4.0 support. Although we see the L3 cache to be increased to 6MB, 2.25x larger Level 2 cache and it seems exciting on paper but realistically 2 core and 4 threads in mobile these days look delusive in 2020, Intel has to step up in terms of performance to catch up with AMD Ryzen 4000 mobile processors.

Also, the price will matter a lot of considering the fact that AMD now has both the cost-efficient Ryzen 3000 mobile chips and the high-performance Ryzen 4000 processors. Hopefully, the mystery will be solved on September 2nd by Intel itself and we will see these CPUs perform in real life.

There is a piece of news which just came out from Realme, confirming that the company will launch its Smart SLED 4K...
Read more
News

Spotify has signed a multi-year contract with Chernin Entertainment to develop some movies and television series based on some original audio content.
Read more
Football

The third matchday of the Premier League is in the books, and there has hardly been a dull moment.
Read more
Football

After negotiating a joint venture with Shree Cements as their main sponsors, East Bengal are set to make their highly anticipated debut...
Read more
Football

The summer transfer window of 2020 has been a mostly underwhelming one for Manchester United fans. Only saved by the signing of...
Read more
Load more

Spotify has signed a multi-year contract with Chernin Entertainment to develop some movies and television series based on some original audio content.
Read more