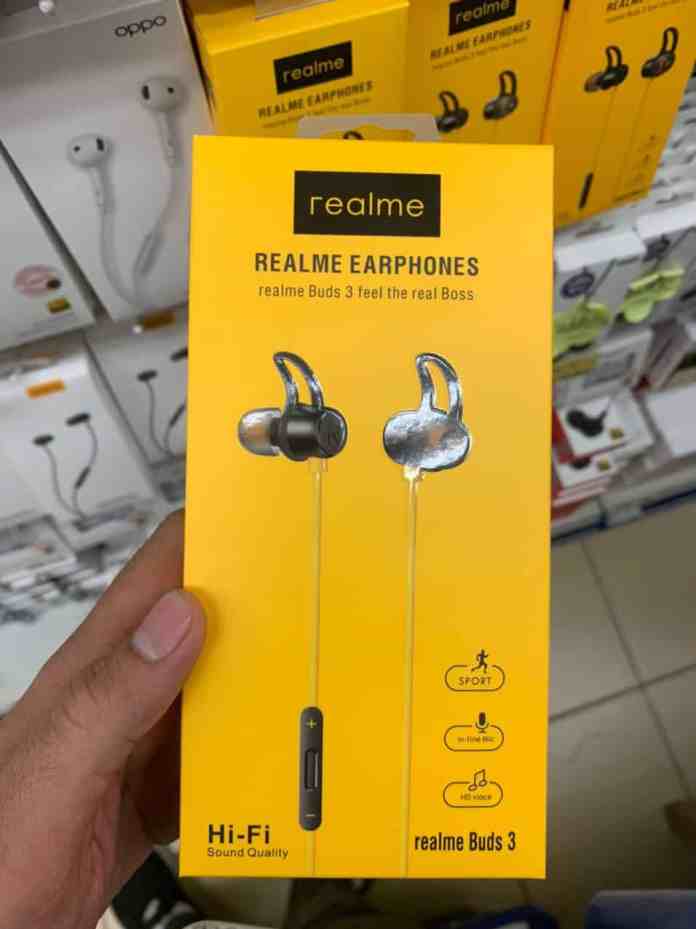 Recently a new image is popping on the internet where we can see a retail box of the upcoming Realme Buds 3. The retail box has been spotted in various places and images have been taken from different angles.

According to reports we have seen some leaked specs.

These specs have been spotted in one of a Bangladeshi e-commerce site. The price has been set at 280 BDT. The design has not changed mostly, but the main difference with its rubber ear grip that can be seen on the earpieces.

In the image, we can see the retail box of the Realme Buds and some Oppo earphones in the background and this confirms that it has arrived in some kinds of stores around the world and the Realme Buds 3 is being unveiled in some parts of the world.

Madhav Seth, Realme India CEO, has mentioned that Realme Buds 3 will be launched in India by this month along with more new addition in their gadget lists.

Arnab Das
You can find Arnab mostly editing about smartphone launches and other smartphone-related news. Searching for the latest and the best news regarding smartphones and presenting it in an article is his sole in intension. He also covers press releases, has also given many gadget reviews. If you have any leads and tips regarding any topics feel free to drop a mail: ani20[email protected]