More hints for the next Realme C series smartphone 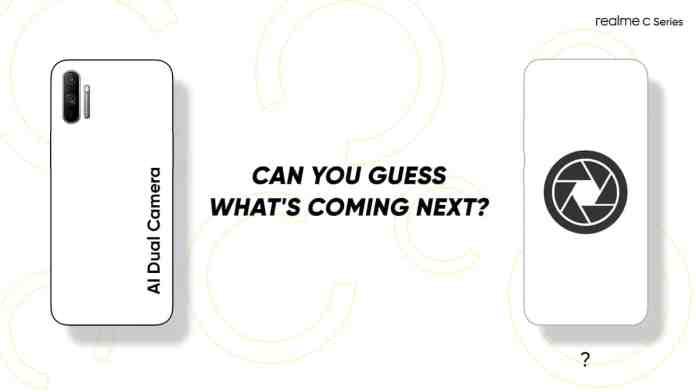 Madhav had already hinted the nearing launch of a new Realme C series smartphone. In his previous tweet yesterday he had hinted the massive 6,000mAh battery incoming for the new device. For this tweet Madhav has focused on the camera portion of the device, mainly the rear snappers.

To say about cameras, the new “C” phone of Realme might come with more than two cameras. We know that the Realme C15 will come with four cameras, but we do not know how many rear cameras will Realme C12 have. This one might be the Realme C12 with triple rear cameras as the phone has also appeared in the BIS certifications.

Arnab Das
You can find Arnab mostly editing about smartphone launches and other smartphone-related news. Searching for the latest and the best news regarding smartphones and presenting it in an article is his sole in intension. He also covers press releases, has also given many gadget reviews. If you have any leads and tips regarding any topics feel free to drop a mail: [email protected]m

As we reported in a previous article that Realme is going to launch its C17 model in Bangladesh. Now the tipster Mukul...
Read more
Load more

According to the listing on Amazon, the latest iPad Air 4 is coming soon to India. Now we can see on...
Read more