Barcelona vs Napoli: How to watch the Champions League match live in India? 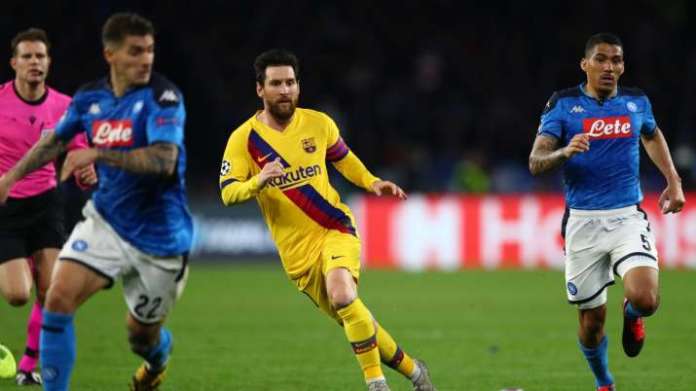 Barcelona host Napoli in a mouth-watering Champions League round of 16 tie. The score from the first leg of the tie was 1-1, which has given Barcelona a very important away goal advantage. Now Barcelona will play in the comfort of their Camp Nou, so it is expected to be a not-so-difficult tie for Messi and co.

But you can never write off Napoli. They have finished the Serie A campaign in a strong note and are in a very good momentum. Barcelona should stay focused in the whole game to see this tie through.

Barcelona will be without Samuel Umtiti because of his injury and Sergio Busquets and Arturo Vidal due to suspension. Meanwhile, Ousmane Dembele won’t be risked at this moment.

On the other hand, Napoli will miss Nikola Maksimovic, who is struggling with a knee injury.

When is the Barcelona vs Napoli Champions League match?

The Champions League match between Barcelona and Napoli will be played on 8th August, 2020.

If you are from outside of India, then check this TV Guide to find out which TV channel will be broadcasting the match in your region.

You can watch the live streaming of the Barcelona vs Napoli match in India on Sony Liv.

Young players are the most exciting part of football. From teenagers with potential to world-class performers on the pitch, the journey is...
Read more

The Barcelona board has come under heavy criticism in recent times. The relationship between club legend Lionel Messi and the board has...
Read more
Load more