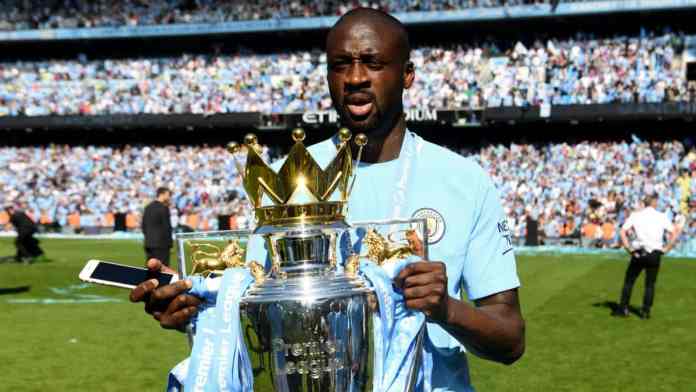 India’s top-flight football league, Indian Super League (ISL) has a global audience and is one of the most followed leagues in the world, despite coming into existence only 6 years ago.

Many international stars like Roberto Carlos, Marco Materazzi and Luis Figo among many others have come to the ISL and played in India. It is quickly becoming a league which international stars are preferring to play toward the end of their careers.

Manchester City legend Yaya Toure has been the latest player to be interested in playing in the ISL. He was playing in China for Qingdao Huanghai last season.

Yaya Toure has played for Barcelona and Manchester City during his prime days. He won two LaLiga and one Champions League with Barcelona. But he is better remembered for his Manchester City days. He won three Premier League titles, as recently as in 2017-18. He was an important part of the City team which was in transition. He earned £230,000 (approx. Rs 2.07 crores) a week when he played at the Etihad stadium.

But now, TOI reports that Toure is willing to accept one-third of that amount, due to the financial limitations of teams due to the coronavirus pandemic. He would like to settle for offers closer to $500,000 (approx. 3.75 crores).

Ravi Puskur, FC Goa’s director of football told: “We were a bit surprised that a player of his calibre wanted to come to India. We also expected his salary to be quite high, so we didn’t pursue him.”

Bengaluru FC CEO Mandar Tamhane told: “Yaya Toure has been offered to us by Harcus (Consultancy). I got the message on Linkedin and three others from my team have it too. I have not responded, nor has the gentleman done a follow-up.”

Apart from these two teams, several other ISL clubs have also received this offer. It seems quite clear that Toure wants to come to India and play in ISL. But it remains to be seen which club is going to go all out to bring the Champions League winner to India.

It will definitely be an interesting transfer saga involving Yaya Toure and the ISL clubs.