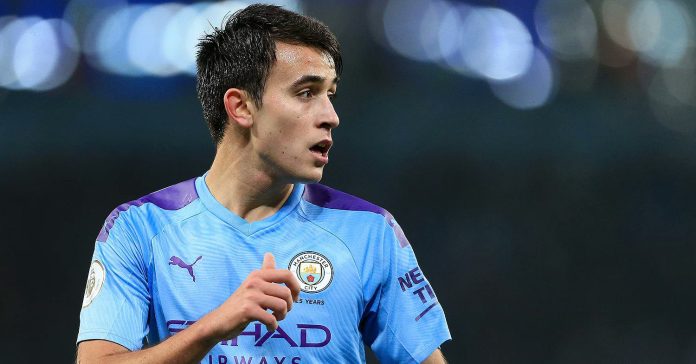 There had been a lot of rumors surrounding Eric Garcia’s future and whether or not he would be renewing his contract at Manchester City or heading back to his former club Barcelona. Garcia, who is just 19-years old, is a highly rated youth talent and obviously, a La Masia graduate who left the club for Pep Guardiola’s Manchester City.

His contract expires in 2022 and the Catalans want to bring Garcia back to Camp Nou, today, as reported by MD, the Spaniard will not be renewing his contract with the English club. This has been told by Pep Guardiola, prior to Manchester City-Real Madrid tomorrow and this is enough to say the youngster has already made a choice of his future.

Even though Guardiola wanted to renew his contract at the club as he has been impressive after the lockdown, starting every game for Manchester City and has been preferred over John Stones and Nicolas Otamendi in important games against Liverpool, Arsenal.

Undoubtedly, he is a talented player who knows how to play the Barca kind of football which Pep follows at Manchester City. Barcelona has already identified their former player Eric Garcia as their ideal defensive transfer target and wants to land him this summer.

It will be interesting to see what the Catalan giants do as they need to strengthen their defense Umtiti is not quite up to the mark and Gerard Pique, who is in the limelight of his career. Well, this is great news for all Barcelona fans out there as Eric Garcia will be returning home eventually.