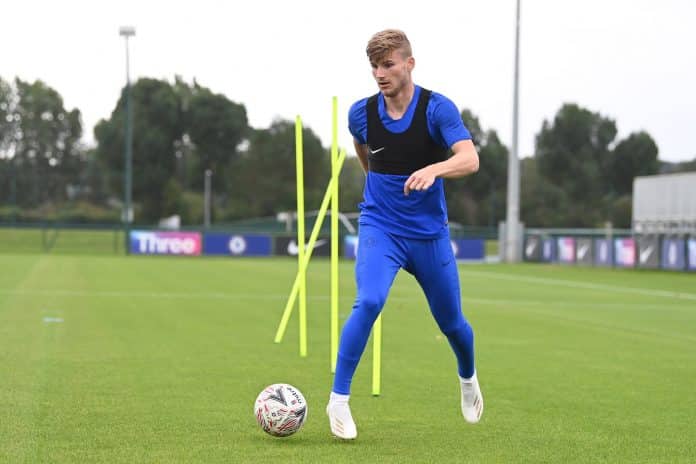 Former RB Leipzig striker, Timo Werner is one of the most sought after strikers in European football. Many top European clubs wanted his signature but Chelsea finally got the nod.

Werner has now revealed why he chose Chelsea over other European clubs. He said his chat with Chelsea manager Frank Lampard was the key to joining Chelsea. He was impressed with Chelsea’s 2012 Champions League win.

'I want to be part of a new era here'

Watch @TimoWerner's first interview in full on the Chelsea app. 👊

The German international told Chelsea’s official website: “I know of the players before when they won the Champions League with (Didier) Drogba, with my new manager Frank Lampard, Petr Cech as the technical advisor.”

He further added: “He [Lampard] was the main point. We talked a lot about things like system, like how he wants to play and sees me playing, and how the system fits to me.

“He is a really nice guy who not only told me what he wants from me as a player because he wants to help me as a guy. He knows me now a little bit better and it fits very good between us and now I am happy to be here.”

The new-look Chelsea attack comprising of Pulisic, Werner, Ziyech and ably supported by Hudson-Odoi, Giroud, Abraham, Mount and William will be one of the most dangerous attacks in the Premier League. If Lampard can sign another German youngster Kai Havertz they can definitely challenge for the Premier League title next season.

Previous articleTSMC gains $72 billion in shares this week: briefly becomes the world’s 10th most valuable company
Next articleNokia to bring an Android TV Box to India via Flipkart