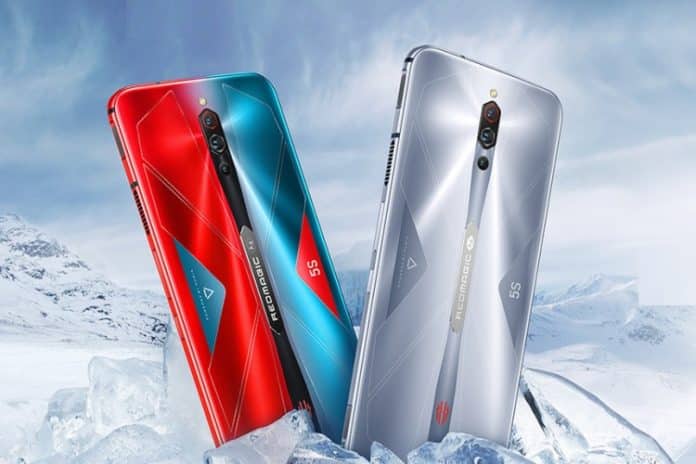 The Nubia Red Magic 5S looks very similar with the Red Magic 5G and comes with a 6.65-inch FHD+ AMOLED display along with 144Hz refresh rate, 240Hz touch sampling rate and minimal top and bottom bezels. As for a gaming device this smartphone has capacitive touch triggers which have an even higher 320Hz touch rate for better gaming experience.

The triple rear camera setup at the back features a 64MP Sony IMX686 primary camera, an 8MP ultrawide lens, and a 2MP macro shooter. The selfie camera has 12MP resolution and is placed at the top left corner within the top bezel.

The phone features Snapdragon 865 chipset along with upgraded multi-dimensional cooling system ICE 4.0 which features air-cooling and liquid-cooling as well. The cooling system comes with a high-efficiency centrifugal fan which speeds up to 15,000 rpm and gets a transparent air duct design along with aerospace-grade nano thermal material and 10 intelligent temperature sensors with an L-shaped liquid cooling tube.