OnePlus Nord is the most anticipated smartphone reveals Amazon India 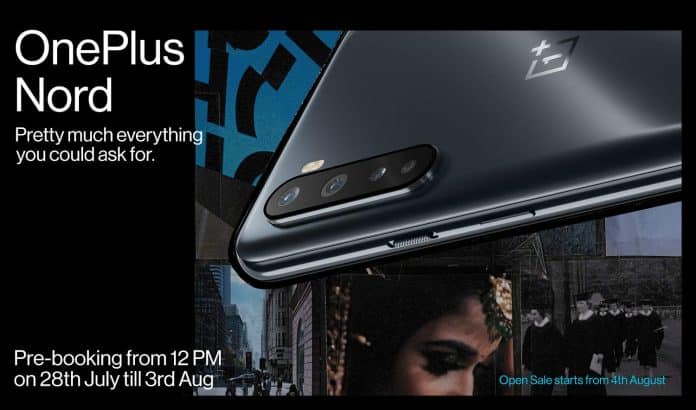 Recently we published an article wherein it was said that the new OnePlus Nord is the best-selling smartphone on Amazon UK, France, and Germany only in pre-orders. Yes, that shows how much people are crazy about OnePlus’s new mid-range smartphone.

OnePlus has a huge fanbase in India and as we know their smartphones had become quite expensive off late. So even if many had the desire to own a “OnePlus device” couldn’t have thought Nord which has a starting price of Rs. 24,999 would actually arrive in India.

Now that a new mid-range smartphone with 5G smartphone has arrived in the country, Indians were believed to be pouncing on it and stats have agreed to the fact as well. The OnePlus Nord’s pre-order starts from 28th July on Amazon India.

The Snapdragon 765G powered smartphone has received over 4 million ‘Notify Me’ requests. This is is the highest number of requests for a smartphone that has been recorded on Amazon India yet. Until no it opened pre-orders for the Nord along with invitations to the AR event as well and both were sold out within hours.

OnePlus Nord will run on Oxygen OS based on Android 10. It features the Qualcomm Snapdragon 765G SoC that also supports 5G connectivity along with Adreno 620 GPU. The phone will come in three different types of storage variants where it will be available up to 12GB of LPDDR4x RAM and 256GB of UFS 2.1 internal storage. The phone will be powered by a 4,115mAh battery that supports Warp Charge 30T fast charging.

Undoubtedly OnePlus Nord is the most smartphone in India now and users must be flocking to place pre-orders from the day after tomorrow. In India, it starts at Rs. 24,999 and its first sale on 4th August for 8GB + 128GB and 12GB + 256GB variants while for the 6GB + 64GB variant you have to wait a bit longer until September. Visit: https://amzn.to/2WW3esJ

Previous articleAMD profits from Intel’s 7nm sufferings, gains shares by 16% on NASDAQ
Next articleFIFA 21 vs PES 21: Which game you should buy?