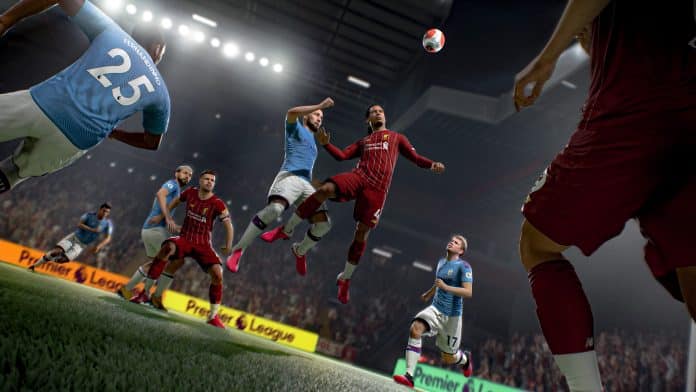 EA Sports’ FIFA and Konami’s Pro Evolution Series (PES) has always been rivals in the football video game section. Each year during September, they release their new instalments.

This year FIFA 21 will be released worldwide on 9th October, while PES 21 season update will arrive on 15th September.

FIFA always had a greater fanbase than PES but PES has improved a lot in recent times to close the gap. So, once again all the football video game fans will be confused between buying FIFA 21 or PES 21.

So here’s all you need to know about both these games which will help you to decide which game to buy this year!

EA Sports will be releasing their new game FIFA 21: Feel the next level. EA revealed in the official trailer that they are going to introduce some new features like FUT Co-op and an improved career mode among others.

Meanwhile, Konami has announced that they won’t be releasing a new PES game this year, unlike FIFA. PES will be giving a season update. The Coronavirus pandemic is one of the main reasons why Konami couldn’t release a full new game this year. They have decided to give a season update as PES 2021 and has already started working on PES 2022, which they claim to be a game-changer as they will be switching to Unreal engine from Fox engine.

As PES 21 will only be a season update, you can expect almost no changes to gameplay and graphics. Whereas in FIFA 21 there will be a lot of new improvements according to the official trailer.

FIFA 21 vs PES 21: Which game has better club and league licenses?

EA Sports’ FIFA has always outbid Konami’s PES in this section. FIFA has around 700 licensed teams across 37 leagues (this number may increase as EA is most likely to include ISL in FIFA 21). They also have UEFA Champions League and Europa League license.

PES has been lagging behind in this section. Among the top European clubs, they only have 5 notable club licenses: LaLiga’s Barcelona, Serie A’s Juventus (this is an exclusive license so FIFA has been using Piemonte Calcio as Juventus’ in-game name since FIFA 20), Premier League’s Manchester United and Arsenal and Bundesliga’s Bayern Munich. PES also has the license for the postponed EURO 2020.

But, overall FIFA has more number of club and league licenses so you can’t see any unreal name other than Piemonte Calcio whereas in PES it is filled with unreal club and league names.

But in the latest official trailer FIFA revealed that they are bringing new improvements to their career mode as in FIFA 20 the users were unhappy from the very first moment with the mode.

FIFA FUT and PES MyClub are online modes. FUT has always been a hit with the fans compared to MyClub. FIFA is also on the verge of introducing Co-op mode in FUT.

FIFA also has Volta, a street football mode. This has been introduced from FIFA 20 and will be available in FIFA 21 as well. Volta gives FIFA a whole new dynamics as PES doesn’t have any other playing mode.

As FIFA 21 will be a full new game it will come at a greater price than PES. PES is also celebrating their 25th anniversary, so they are giving discounts on the season update.

FIFA 21 standard edition will cost you Rs. 3,999 on Origin or Steam. You can also pre-order FIFA 21 on Amazon.

FIFA and PES both have their respective loyal fanbases. But this year, I personally feel it will be better to go with FIFA 21 as it will be a full game rather than just a season update as in case of PES 21.

PES 21 will be almost similar to PES 20 with just new updated squads and a few tweaks here and there. Meanwhile, FIFA 21 has promised to bring new major improvements to the game.

FIFA has also introduced a feature of ‘Dual Entitlement’ – you can buy FIFA 21 on either PlayStation 4 or Xbox One before FIFA 22 and upgrade your game for the equivalent next-generation console (PlayStation 5 or Xbox Series X) for free. Whereas PES 21 has not yet announced if PES 21 will be available in the next-gen PS5 and Xbox Series X. It seems they are working to bring PES 2022 for the next-gen consoles.

But, if you consider the price, PES 21 is much more affordable than FIFA 21. So the price difference may play a part for some people but other than that I would say FIFA will be winning the overall race, at least for this year.