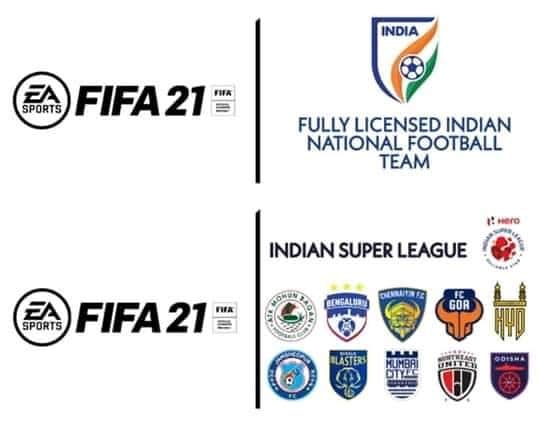 Indian Super League has a growing global fanbase since its inception in 2014. Recently, EA Sports and ISL had a deal which saw the league feature in FIFA 20 mobile version.

It was rumoured that if ISL becomes a hit in the mobile version EA Sports will include it in its PC, PS4 and Xbox edition from FIFA 21 onwards.

EA Sports has announced the release date of its next instalment of the FIFA series. FIFA 21 will be released worldwide on 9th October.

On an official article from EA, we can see all the confirmed leagues and competitions for FIFA 21:

EA Sports keeps on adding new leagues and teams in every new FIFA versions. So this time it is rumoured that EA Sports is most likely to include the Indian Super League in FIFA 21.

FIFPlay, a popular FIFA fan site has been conducting a poll on which leagues the fans want to be included in FIFA 21.

The Indian Super League and the Finnish Veikkausliga are the two most wanted leagues by the fans.

If you’re an Indian fan and want to see the ISL in FIFA 21, then go to FIFPlay and vote for ‘Indian League’.

This poll result may not have any effect on EA’s decision of including new leagues in FIFA 21, but this will clearly show how much the fans want ISL in the game.

If EA does include ISL, then this should lead to a huge spike in the game’s sales in the country. The move will also enable the Indian Super League to expand its already increasing fan base in global markets.

Amazon has started accepting pre-orders for FIFA 21. So hurry up and pre-order from here: FIFA 21 pre-order