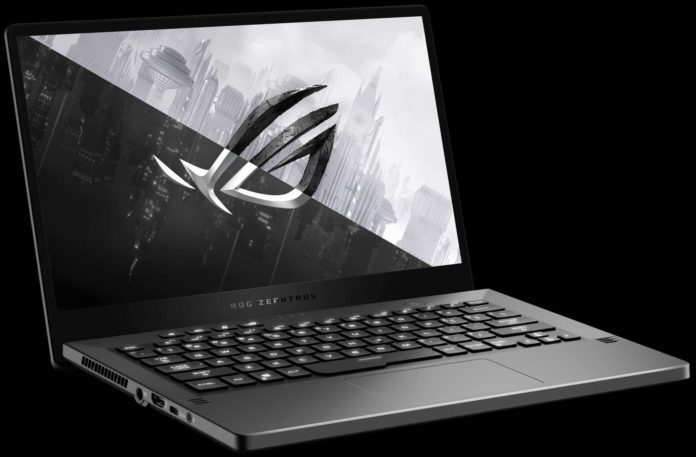 Previously we had a leak of the launch of the new ASUS ROG Zephyrus G14 in India and it was reported that it would happen soon. Today, to everyone’s surprise, Amazon India has confirmed the launch of this premium gaming laptop on its upcoming Prime Days which starts on 6th August. This is no surprise because the ASUS TUF Gaming A15 laptop with Ryzen 4000H processors also was available on Amazon India only.

There’s a lot of hype about the AMD Ryzen 4000H laptops in India and why shouldn’t be? The new gaming processors offer amazing performance, thanks to AMD’s revolutionary 7nm Zen 2 architecture, we are able to get high frame rates in games without compromising on the efficiency of the laptop. Recently, we have seen new gaming laptops like HP Omen 15, Dell G5 15 SE with these processors as well.

The ROG Zephyrus G14 has been launched in various markets outside India, and its performance in the slim chassis has been praised by people across the globe. Also, only this series houses AMD’s Ryzen 9 4900HS and Ryzen 7 4800HS chips which work on 35W, making the laptop even more efficient and gives better battery life.

This gaming laptop on the premium side because of its performance and design with ASUS’ AniME LED Matrix featured on the back of the laptop is a set of programmable 1,215 mini LEDs on the cover. The Zephyrus G14 is just 17.9 millimeters thick and weighs just 3.5 pounds i.e. 1.6Kg only, just a bit heavier than standard ultra-portable notebooks.

The laptop features a 14-inch display, which you can choose from a 1080p 120Hz panel or a 1440p screen at 60Hz. The laptop’s display also supports AMD’s FreeSync technology that synchronizes the framerate and the refresh rate. It features really thin bezels, creating an 85% screen-to-body ratio that makes these screens feel larger.

On the graphics front, the laptop features up to NVIDIA GeForce RTX 2060 discrete graphics. Ironically, the integrated Radeon Vega graphics in the Ryzen CPU helps the NVIDIA GPU work with AMD FreeSync display. The laptop is paired with up to 32 GB DDR4 3200MHz RAM along with up to 1 TB M.2 NVMe PCIe 3.0 SSD.

The Zephyrus G14 also feature Dolby Atmos technology and wireless networking options with Intel Wi-Fi 6 (Gig+) connectivity, also known as 802.11ax. This is the first-ever ROG laptop to feature an ErgoLift hinge that tilts the keyboard at a more comfortable angle.

The laptop is slightly on the premium side in terms of price as well, the variant with Ryzen 9 4900HS, RTX 2060 Max-Q, 16 GB of RAM and a 1 TB PCIe SSD retail at $1450, so it will be interesting to see how ASUS price the new gaming laptop in India and what variants will it bring to India. Visit Amazon’s launch page here: https://amzn.to/3eUhvw7