After a long wait of 30 years, Jurgen Klopp has finally managed to take Liverpool to the helm of Premier League. Many people came and went away in search of the Premier League trophy but Klopp along with Henderson and co have successfully transformed the people ‘From doubters to believers’

From doubters to believers: Liverpool release video before getting their hands on the Premier League trophy

Liverpool beat Chelsea by 5-3 at Anfield on Wednesday, which meant The Reds remain unbeaten at home throughout the 2019-20 season. They have won 18 of their 19 home games and the only 1-1 draw came against Burnley.

After a 8 goal-thriller win, Liverpool were officially handed the Premier League trophy on Wednesday night.

Liverpool are on 96 points and even if they win their last game, they will miss out on the 100 points tally just by a whisker.

Meanwhile, Chelsea remain in fourth after Manchester United’s 1-1 draw with West Ham earlier on Wednesday. Chelsea and United both need a point in their final game to secure a Champions League spot. Chelsea host Wolves, and Manchester United go to Leicester, who need to win to secure a top-four spot.

These are the Liverpool players reactions after lifting the Premier League trophy:

My left back, my mate. pic.twitter.com/g6r9NJr84v

It feels fitting for the 96 at Hillsborough we’re lifting this trophy on 96 points. This is for you. #CHAM19ONS pic.twitter.com/nMvKDBXH0c 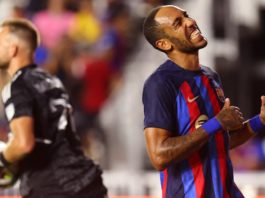 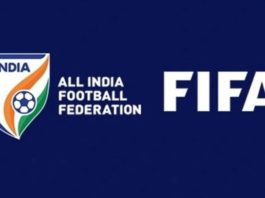 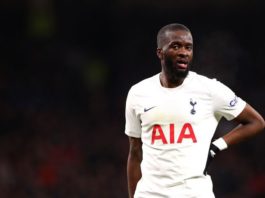 Napoli sign Tanguy Ndombele on loan with a buy option worth...