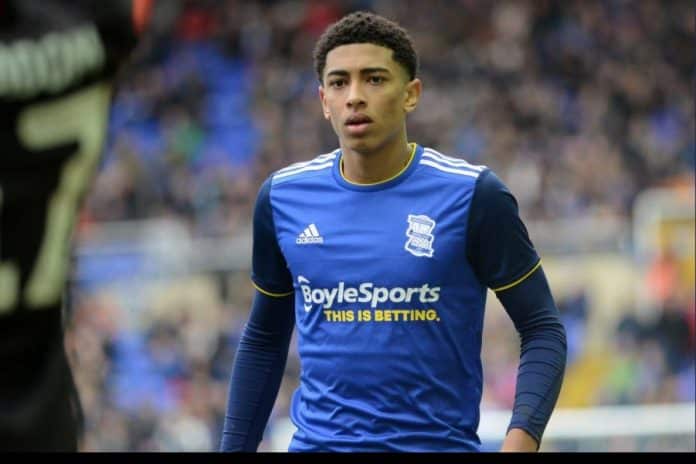 Jude Bellingham became the most expensive 17-year old after his move from Birmingham City to Borussia Dortmund. The transfer fee is around £26million..

The youngster played his final game for Blues against Derby County on Wednesday night. As he made his way off the St Andrew’s turf for the last time, he fought back his tears. He has played 44 times for his boyhood club, scoring four times.

Birmingham City has made a rather surprising move. They have officially announced that they are going to retire the number 22 shirt worn by Jude Bellingham.

Bellingham, Birmingham City’s youngest ever player and goalscorer, said: “I do love the Club and I struggle to hide how much this Club means to me. I just hope the fans have enjoyed seeing me play.”

“It will always have a massive place in my heart because it’s my club and the club I support, and it’s been a privilege.”

Birmingham City has published an official statement: “In such a remarkably short space of time, Jude has become an iconic figure at Blues, showing what can be achieved through talent, hard work and dedication. His caring, humble and engaging off-the-field demeanour has also made him such an impressive role model.”

“The 22 shirt has become synonymous with Jude, his rise to the first team aged just 16 years and 38 days and these qualities. And as such the Club have decided it would be fitting to retire this number, to remember one of our own and to inspire others.”

Bellingham further added: “I’ve been coming here [Birmingham City] since I was seven, so it was natural I shed a few tears after the game. But Dortmund is the best place for me to carry on my development and I am optimistic for the future.”