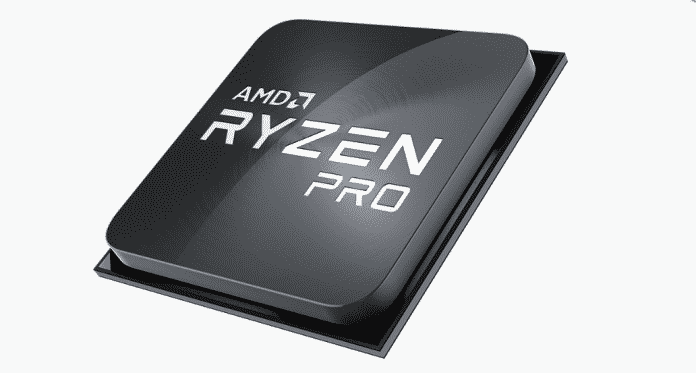 In the past, we have seen the leaks of these Ryzen PRO Renoir APUs and seen how powerful they can be. These are the same Ryzen 4000G desktop processors but with advanced security features targeted towards professionals. The G Series comes with 65W TDP while the GE Series has a modest 35W TDP.

Featuring advanced performance and modern security features with layers of protection, they are designed to keep up with today’s fast-paced, remote work business environments. With security features such as AMD Memory Guard and AMD Secure Processor alongside seamless manageability features, businesses can rest assured AMD-powered systems are easy to administer on an enterprise-level scale and deliver reliable security features.

The AMD Ryzen 3 PRO 4350G, the base APU on the other hand, now features 4 cores and 8 threads, along with clock speeds configured at 3.8 GHz base and 4.0 GHz boost. The APU comes with 4 MB of L3 cache and has a TDP of 65W. On the GPU front, it comes with Vega 6 integrated graphics that support 384 cores running at a clock speed of up to 1700 MHz.

Like the Ryzen 4000G desktop APUs, these Ryzen PRO 4000 processors will also be available via OEMs like Lenovo, Dell, HP and others. In the coming days, we could expect these companies to launch new desktops for professional usage using these powerful and secure APUs.

It’s great to see AMD offering a new Athlon 3000G lineup based on Zen+ cores to take on Intel’s Pentium Gold and Celeron offerings as well. Obviously, these also come with the same security features as the Ryzen PRO 4000 series and is based on the original Athlon 3000G series APUs announced last year.

In comparison to the Intel Pentium Gold G5600 and G5400 CPUs, these Athlon APUs come with double the cores and threads, including higher clock speeds and a larger cache. The new Athlon PRO 3000 Series desktop processors will be available exclusively for pre-built OEM systems only.