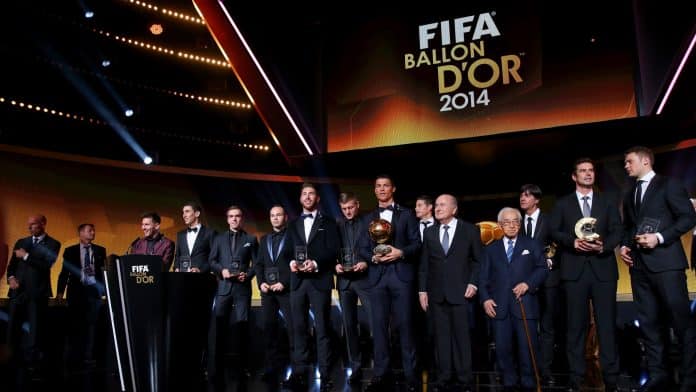 The Coronavirus pandemic has wreaked havoc in the whole world. So, in this current scenario, France Football has decided to cancel the 2020 Ballon d’Or due to the COVID-19 outbreak.

The famous magazine France Football first started to give out the Ballon d’Or award in 1956, initially for European players but later it was extended for all football players. It is the first time the award ceremony will be skipped since its inception in 1956.

France Football said in an official statement: “There will be no edition in 2020, because it turns out, after thoughtful consideration, that all the conditions are not met. We believe that such a singular year cannot -and should not- be treated as an ordinary one.”

“The Ballon d’Or will gather again the football big family and enthusiasts in 2021, to relive the happiness that surrounds the ceremonies as we have experienced them in recent years.”

After cancelling the Ballon d’Or 2020 award, France Football has decided to reveal the Dream Team of 11 players at the end of this year.

They said in the official statement: “Instead of the four usual winners (men and women BO, Kopa and Yachine Trophies), France Football will designate 11 players at the end of the year and establish an all-time team chosen by the usual BO jury (180 juries from all over the world).”

“The idea? Each jury will choose 11 players from a list of names established by FF redaction to build their Dream Team. This team of legend will be unveiled on L’Équipe and France Football various channels.”

Along with the Ballon d’Or, France Football also used to hand out two other trophies. The Kopa Trophy, awarded to the best young player since 2018, and the Yachine Trophy, handed to the best goalkeeper since 2019.

But all the 4 trophies will be cancelled for this year and a Dream Team of 11 players will be revealed instead.