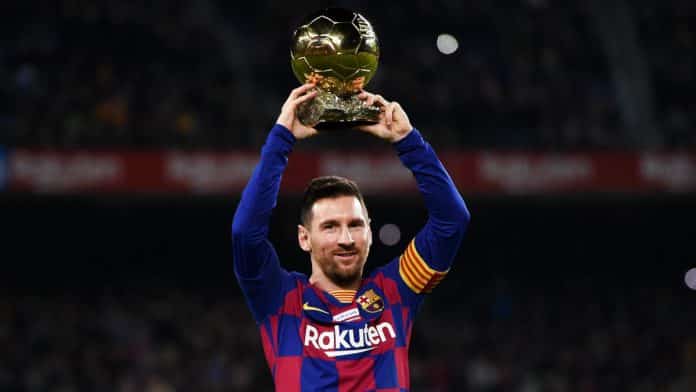 The Ballon d’Or is an annual football award given by famous magazine France Football. The award is voted by journalists, coaches and players to crown the best player in world football based on performances and achievements. It first started in 1956, initially for European players but later it was extended for all football players.

The whole world is in a bad situation due to the Coronavirus pandemic. So, France Football has decided to cancel the 2020 Ballon d’Or award. It is the first time the award ceremony will be skipped since its inception in 1956.

France Football released an official statement: “For the first time since 1956, the Ballon d’Or will take a break. There will be no edition in 2020, because it turns out, after thoughtful consideration, that all the conditions are not met. We believe that such a singular year cannot -and should not- be treated as an ordinary one.”

“From a sports perspective, two months (January and February), out of the eleven generally required to form an opinion and decide who should lift the trophies, represent far too little to gauge and judge; without forgetting that the other games were played – or will be played – in unordinary conditions (behind closed doors, with five replacements, Champions League’s Final 8 played in a single game).”

“The Ballon d’Or will gather again the football big family and enthusiasts in 2021, to relive the happiness that surrounds the ceremonies as we have experienced them in recent years.”

Lionel Messi and Cristiano Ronaldo have formed a duopoly over this award with the only exception being Luka Modric in 2018. Messi has the highest no of Ballon d’Or awards while Ronaldo has five. But this year none of the two will be able to get their hands on the trophy.