Arsenal vs Manchester City: How to watch the FA Cup semi-final match live in India? 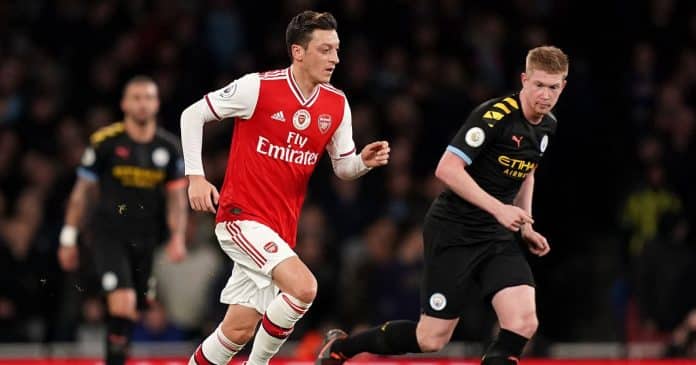 Arsenal will face Manchester City in the first FA Cup semi-final tonight. Mikel Arteta was Pep Guardiola’s assistant before taking up the job at Arsenal. Arteta will come against Guardiola in this semi-final match.

Manchester City have lost the Premier League title to Liverpool, so they would definitely like to win the FA Cup. Meanwhile, Arsenal are in good form after beating champions Liverpool in their previous Premier League match. Arteta would like his team to carry on the winning momentum.

Arsenal midfielder Mesut Ozil has returned to training after missing the past six games with back soreness but Arteta still hasn’t revealed whether the German would feature or not.

On the other hand, Guardiola usually selects Claudio Bravo under the bars for cup matches but the Chilean is injured so Ederson will keep his place in the side.

VOTE for your finalist 👇

When is the Arsenal vs Manchester City FA Cup semi-final match?

The FA Cup semi-final match between Arsenal and Manchester City will be played on 18th July, 2020.

The match will be played at Arsenal’s home ground, Emirates Stadium.

If difficulty levels were based on @EmiratesFACup 🏆 records, what level is your team playing at? 😉

Watch English Cup football at its best ⚽ only on

Which TV channels will broadcast the FA Cup semi-final match live in India?

You can catch the live streaming of the Arsenal vs Manchester City match in India on Sony Liv.

Previous articleInter in talks with Junior Firpo’s agents for days to speed up Lautaro Martinez deal
Next articleOnePlus Nord to have 12GB RAM variant and similar Stock Android experience with Google’s Duo, Phone and Messages