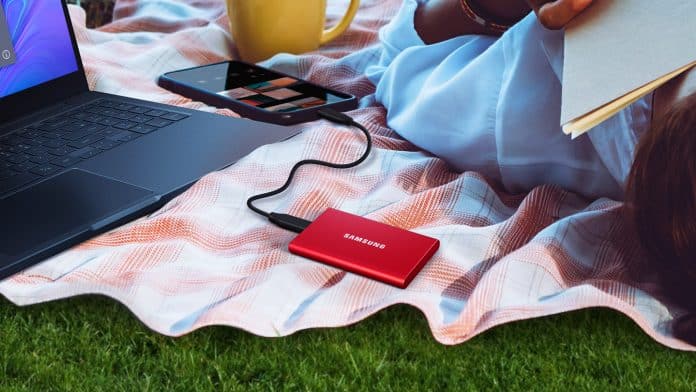 Previously, Samsung brought its latest Portable T7 Touch SSDs in India and now it expands its portable SSD range with the affordable Portable T7 SSDs. Apart from it, the South Korean giant also announced its 870 QVO internal SSDs in India.

These internal SSDs can reach a maximum read speed of up to 560 MB/s and write speed up to 530 MB/s. When compared to its predecessor, the Samsung 870 QVO provides 13% improved random read speed that helps for everyday computing, gaming, professional works and a lot more.

Samsung Portable SSD T7 will give you a maximum read and write speed of 1,050 MB/s and 1,000 MB/s, respectively, this makes these SSDs almost twice as faster than its predecessor. Apart from being shock resistant, the SSD also features AES 256 bit hardware encryption for security. Also, these portable SSDs come in three cool colours including Titan Gray, Metallic Red and Indigo Blue.