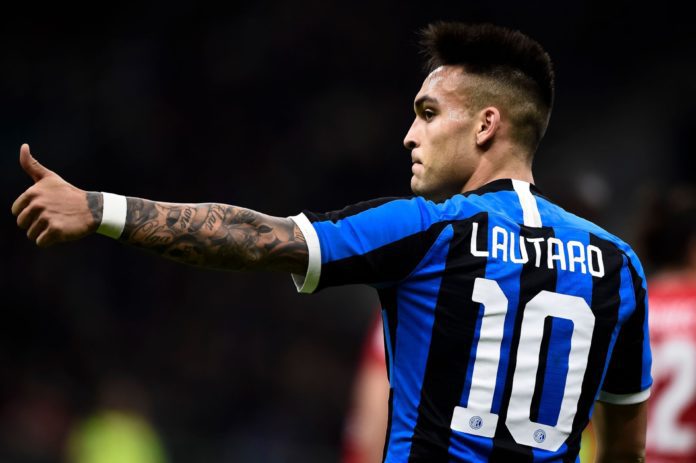 The heading itself can tense for any Barcelona fan out there if today’s print edition of Italian daily newspaper Gazzetta Dello Sport is to be believed.

So the Italian media states that Pep Guardiola’s Man City will be joining the race for signing Lautaro Martinez. Also, a move to the Premier League does not seem to be in the list of priorities according to the report.

Recently, Manchester City’s Champions League ban was overturned by the Court of Arbitration for Sport, and it seems this has given new energy to Pep’s side.

With this, City has sparked an interest in several big-name players as they want to build a squad capable of winning back the Premier League title from Liverpool. This makes Lautaro be among their top targets also a successor to Sergio Aguero.

Obviously, Lautaro fits well into Aguero’s profile for Man City while he is an ideal replacement for Luis Suarez for Barcelona. The Catalan giants are in pursuit of the 22-year old for a long time and due to the lack of funds, it hasn’t been able to satisfy Inter.

This is not the case for the rich Manchester City who has just gained another 45 million euros by selling Leroy Sane to Bayern Munich. While Barcelona is stuck with the likes of Coutinho, Dembele, Umtiti and others who have failed to perform at the Camp Nou.

Now, this will be Lautaro’s decision to go to which club he wants to but a Premier League move will not fit into his profile. However, given his compassion to play alongside Messi he can, however, wait for Barcelona move.

The report went on to say that now Inter is open to negotiations for the Argentine striker as now his 111 million euros contract has ended already. This can be bad news for the Blaugranas who are frantically looking for funds to bring Lautaro to Camp Nou.

Previous articleFirst look of Asus ROG Phone 3
Next articleSolidarity Cup: How to watch the ‘3 Team Cricket’ match live in India?