Asus ROG Phone 3 will debut on July 23 in China, a Day Later than rest of the World 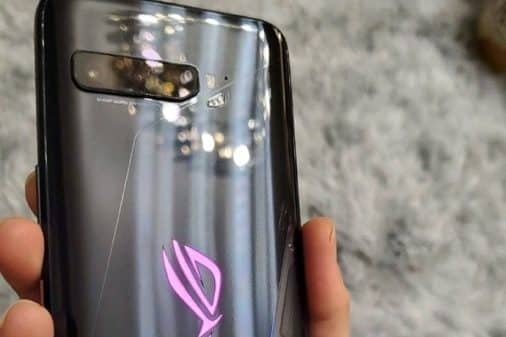 Asus is launching its gaming smartphone ROG Phone 3 globally on July 22 including India. Previously we have discussed that the Asus ROG Phone 3 will launch in China, Europe, and North America but this time Asus is prepared to launch the new gaming beast in the Indian market as well. The launch will be held on 22nd July, 8:15 PM onwards exclusively on Flipkart Unique.

But now the scenario is something different, the company is preparing an event the next day that is on July 23 in China to launch this smartphone along with some limited edition of this smartphone for its local customers. As China is the largest market in the smartphone industry so the brands try to fulfill the needs of the customers there.

The ROG or Republic of Gamers profile on Weibo posted a video, thanks to GSMArena for sharing this, asking fans to tune in for a “powerful release” on July 23 at 7 PM local time, along with a short 10-second video. This indicates the special launch event for China will be held on July 23 at 7 PM.

Last time Asus ROG Phone 2 had a Tencent-exclusive edition specially available in China. This time also we have reports claiming that Tencent is partnering again in this version of the device to produce a special edition of the Asus ROG Phone 3.

As we have mentioned earlier,  the ROG Phone 3 was also certified by the Wi-Fi Alliance and EEC and it was also been spotted in benchmark databases. The Bluetooth version is 5.1 for this device and is the latest. This is the last in the line of certification to be received by a smartphone before launch which also clarifies that the launch is undoubtedly sooner than ever.

According to the rumor, ROG Phone 3 will sport a 6.59-inch FHD+ OLED panel with a 144Hz refresh rate and will be powered by a Snapdragon 865 chipset. Here we suspect that the main Kryo 585 core is the one that’s going to be clocked at 3.09 GHz as opposed to the 2.84 GHz clock on the standard version of the CPU. It will also pack a whopping 16GB of RAM and a massive 6,000 mAh battery capable of 30W fast charging.

To recall, the ROG Phone 2 came with an exclusive gaming experience created by Tencent. Asus also partnered with Tencent to bring a few optimized games to take advantage of the 120Hz display. There is no such official news on its specifications yet, but we do know that it will feature the latest Snapdragon 865 SoC and may have 144Hz display with triple rear camera setup and almost the same design as the ROG Phone 2.