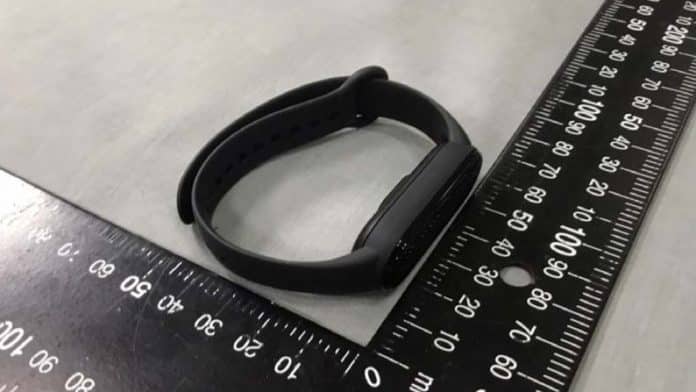 Xiaomi has launched the Mi Band 5 on June 11 and now the company is ready to unveil the global version and will debut this smart-band in the Indian market. The global version is imaged with scale and this one will be coming in India soon as mentioned by us previously.

All thanks to @stufflistings we came to know that the Mi Band 5 has already received the NCC certification and is ready to hit the global market including India soon.

Xiaomi claims that the sleep monitoring accuracy feature is improved by 40%. Mi Band 5 can also recognize five of the main swimming styles automatically. The band itself can be submerged in up to 50 meters of water. The new PPG sensor is 50% more accurate than its predecessor giving more accurate heart ratings by monitoring it. The Mi Band 5 further now can help female users can now track their menstrual cycle with the women’s health mode. Users will also get social media notifications, music control, incoming calls, text, weather updates, and more on the smart band.

The remote smartphone camera control is now available to the Mi Band 5, this feature will help users to remotely control their smartphone camera shutter on their will. The NFC variant of the Mi Band 5 will allow users to make payments via the band. Xiaomi claims that the NFC variant of the Mi Band 5 offers 14 days of battery life while the standard version is said to last up to 20 days on a single charge. This Band 5 supports an unseen magnetic charging system that lets users charge the device without taking the straps off. The smart band comes with Black, Blue, Pink, Orange, Purple, Yellow, and Green strap options.

Price of Mi Band 5 in China