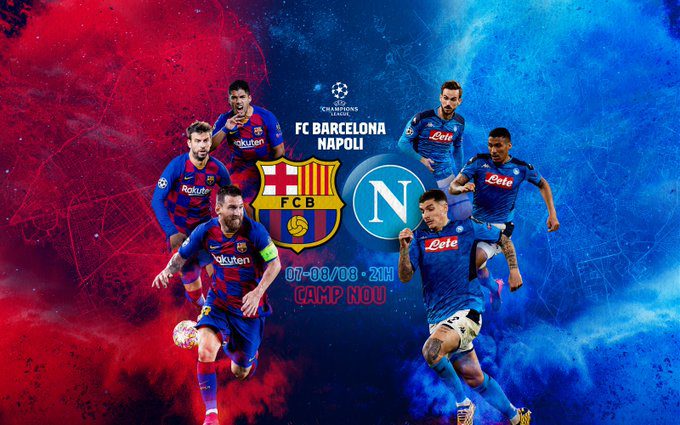 The second leg of the Champions League Round of 16, FC Barcelona vs Napoli match will be played at Barca’s home i.e. Camp Nou and its been confirmed by UEFA. Although the exact date and time of the match is not yet known but the venue has been decided.

“In accordance with the principle of sporting equity, and taking into account the current conditions (all clubs that have to play the return match of the round of 16 at home are currently playing the remaining matches of their national leagues in their own stadiums and it is possible to travel without restrictions for visiting teams), the UEFA Executive Committee has decided that the remaining return matches of the round of 16 of the Champions League and UEFA Europa League will be played in the stadiums of the designated home teams.”

UEFA also confirmed that “all UEFA matches will be played behind closed doors until further notice.”

Previously, the second leg match of Barça v Napoli was scheduled for March 18 but, after a first announcement that it would be played behind closed doors, it finally had to be suspended due to the coronavirus. The result of the first leg, on February 25 in San Paolo, was 1-1.