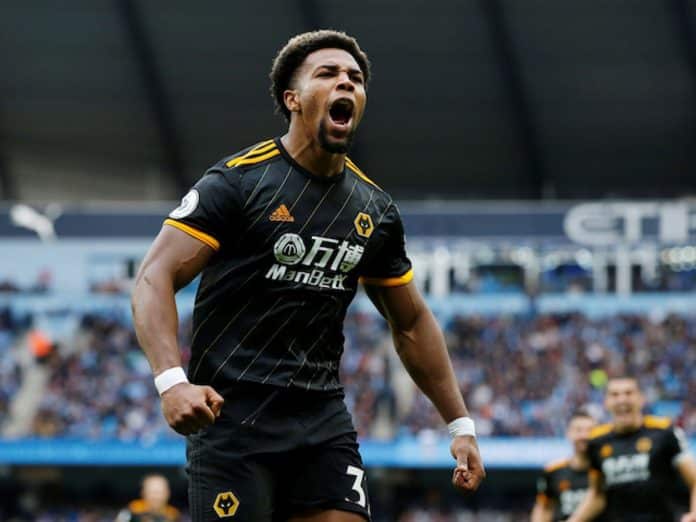 Adama Traoré Diarra is a Spanish winger or wing-back who plays for Wolverhampton Wanderers and is known for his outstanding pace. He has proven to be a key player for Nuno Espirito Santo’s team. But a new report from ESPN suggests that if the Wolves fail to qualify for the Champions League, he will be moving this summer.

Now, already the ex Barcelona’s B team player is pursuited by his former club but most likely, Manchester City & Juventus is leading the race to land the Spaniard. The 24-year old moved to Wolves from Middlesbrough in an £18 million deal in August 2018 and since then he has played wonderful football, and Wolves were one of the teams who defeated the champions Liverpool this season.

He has become one of the most improved players in the Premier League this season as he scored four goals and registered nine assists, second only to Manchester City’s Kevin De Bruyne. The Molineux side wants to make a spot for the Champions League qualification and it seems Traore would remain at Molineux next season if the club secures it even though the Spaniard has three years left in his contract.

However, if Wolves somehow miss the qualification, Manchester City and Juventus are ready to pounce on the winger to get him this summer. Barcelona needs 12 months to sign the player as they want to focus on outgoings from Camp Nou at the end of this season.

Recently, Manchester City’s winger Leroy Sane moved to Bayern Munich for an initial €49 million and so City are desparate to get a winger although they have the likes of Mahrez and Sterling. Traore has an evaluation of £80m due to the remaining time on his Wolves contract, so he is not a cheap option as well.

On the other hand, Juventus also wants the 24-year old winger to make its attack stronger and younger. So, currently, these two teams look desperate to get Adama’s signature, while, Barcelona can only bring him to Camp Nou if Traore spends another year at Wolves.