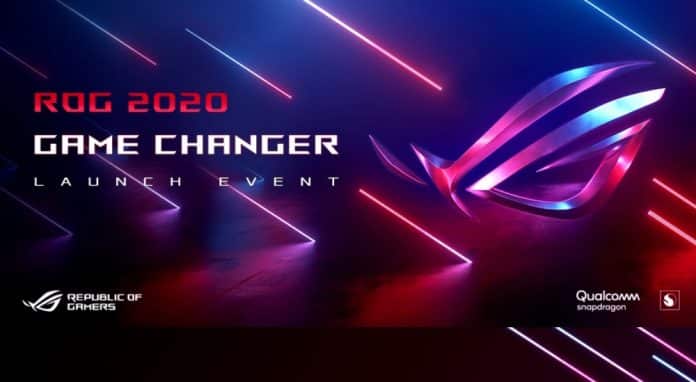 Asus actually sent the invitation for a new device launch on July 22. This may be the ROG Phone 3 which was previously showcased in an official poster image that the phone will launch in the month of July. The invitation image shows the ROG logo and indicates about the launch event. The reports claim that the date is said to be on July 22.

Asus has sent out event invitations of its ROG 2020 Game Changer launch event on July 22, reports Mashdigi. The publication mentions that ROG Phone 3 will be launched as a part of this online event. The event will reportedly kick off at 8:30 pm IST. No other details have been revealed.

Asus has already revealed that they are partnering with Tencent Gaming for the production of this new upcoming 3rd generation of ROG Phone. Many leaks and rumors are around the corner these days allowing us to know more and more about the upcoming Asus ROG Phone 3.

As we have mentioned earlier,  the ROG Phone 3 was also certified by the Wi-Fi Alliance and EEC and it was also been spotted in benchmark databases. The Bluetooth version is 5.1 for this device and is the latest. This is the last in the line of certification to be received by a smartphone before launch which also clarifies that the launch is undoubtedly sooner than ever.

According to the rumor, ROG Phone 3 will sport a 6.59-inch FHD+ OLED panel with a 144Hz refresh rate and will be powered by a Snapdragon 865 chipset. Here we suspect that the main Kryo 585 core is the one that’s going to be clocked at 3.09 GHz as opposed to the 2.84 GHz clock on the standard version of the CPU. It will also pack a whopping 16GB of RAM and a massive 6,000 mAh battery capable of 30W fast charging.

To recall, the ROG Phone 2 came with an exclusive gaming experience created by Tencent. Asus also partnered with Tencent to bring a few optimized games to take advantage of the 120Hz display. There is no such official news on its specifications yet, but we do know that it will feature the latest Snapdragon 865 SoC and may have 144Hz display with triple rear camera setup and almost the same design as the ROG Phone 2.

Previous articleFormula 1: All you need to know about the 2020 Formula 1 season as it starts from 3rd July
Next articleJeff Bezos breaks his own $167.7 billion Wealth Record