Official: Arthur-Pjanic swap deal confirmed by both Barcelona and Juventus 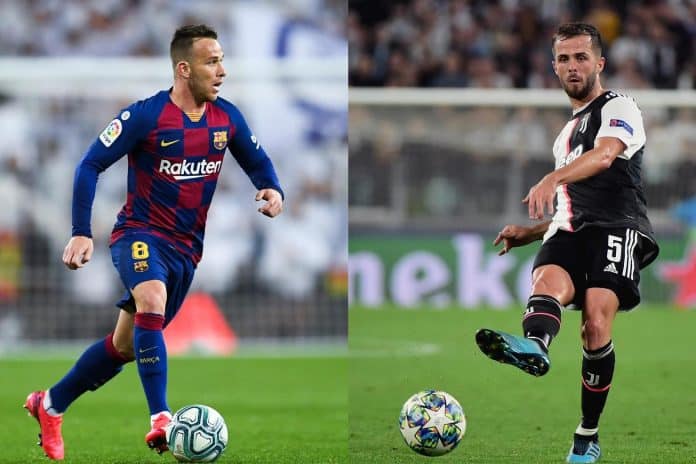 I had written in my previous article, the Arthur-Pjanic transfer was all done and was just waiting for official confirmation from both clubs. Now the clubs have confirmed the transfers.

Read: Arthur has accepted Juventus deal which will see Pjanic moving to Barcelona

Barcelona welcomed the Bosnian midfielder, Miralem Pjanic to the club. They finally announced on Monday that Miralem Pjanic will join the club at the end of the season from Juventus.

Pjanic has said a quick hello on Twitter to the Barcelona community: “I am very happy, I will give my all for this club. See you soon!”

Barcelona has also confirmed that Arthur will be moving in the other direction for a fee of €72m plus €10m in variables. He has signed a five-year deal with Juventus.

Arthur has conveyed a message on Twitter to both the Barcelona and Juventus fans. He wrote: “Thank you for the huge effort Juventus have made to bring me to their club. I know I’m joining a great club and we have a lot of challenges that we can achieve together.”

“For now, we must focus on the present and the many important objectives we have in Barcelona. I’m going to give my all until the end: for my teammates and all the fans. Thank you so much for the support. See you soon.”

Pjanic and Arthur will both spend the rest of the season with their respective clubs trying to win silverware. Barcelona are 2 points behind Real Madrid while Juventus are on top of the Serie A table. Both the clubs will also participate in the Champions League in August. After that, they will complete their moves to their new clubs in time for the 2020-21 season.