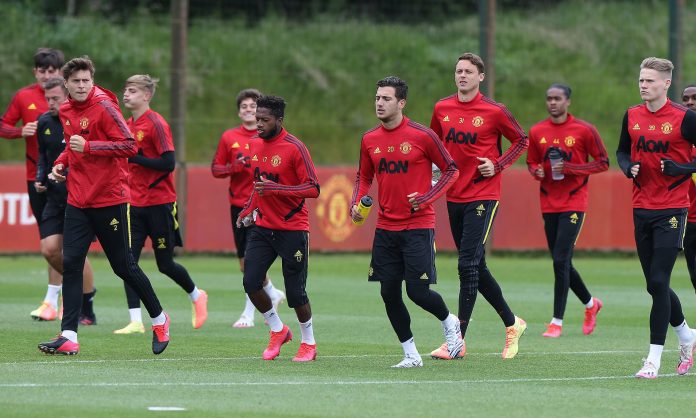 Manchester United have officially confirmed the names of the academy players who will be released when their contract expires on 30th June.

All the out-going players have been given support packages and invited back to the club’s Carrington training base for pre-season training to maintain their fitness. Meanwhile United is also helping them to find new clubs.

The nine academy players who won’t be offered new deals are:

*Ramazani, who made his senior debut against Astana in the Europa League this season, was offered a new deal but he turned it down.

United have not released any under-18 player during this COVID-19 crisis. They will make those decisions later when the situation is right.

Other than this nine academy graduates, the only first-team player whose contract ends this month is Angel Gomes. He has been offered a new deal but the teenager is yet to agree on the deal.

Manchester United Head of the academy, Nick Cox said: “With some of the younger pros that are ending their contracts, we are putting packages in place so that when the season resumes they will come back for a few months with some financial support and a training programme to help them with the next stage of their career.”

“This club is a family and looks after its family members. The last thing we wanted to do during this situation was to deliver bad news and release boys into the unknown.”

“We made the decision not to release any of the boys [under-9s to under-18s]. The number one priority was getting them back with smiles on their faces, and we will deal with those decisions at another time. We have a duty to help them through this difficult time.”